APC to Okupe: Tell Nigerians Why Your Party Has Failed 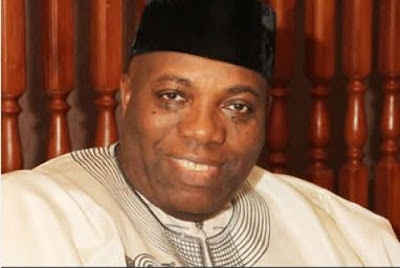 The All Progressives Congress (APC) has challenged the PDP and the Presidency image makers to tell Nigerians why the ruling party has failed to lift the country in the 14 years that it has been in the saddle, instead of peddling concocted tales about the opposition.
In a statement issued in Lagos on Sunday by its Interim National Publicity Secretary, Alhaji Lai Mohammed, the party also asked the presidency to tell Nigerians why its has defied INEC rules by continuing to campaign for the 2015 elections. ”Issues, issues and issues. These are what Nigerians are interested in, not continuous muck-raking about opposition leaders like Gen. Muhammadu Buhari and Asiwaju Bola Ahmed Tinubu. For example, Nigerians want to know why the country can still not feed itself after 14 years of endless promises by the PDP; Nigerians want to know why they cannot be protected by their government when the security of lives and property is the raison d’etre of any government.
Subscribe to our newsletter
”Nigerians want to know why over 40 million youth cannot get a job under a government that gleefully touts a 6% GDP growth; Nigerians want to know how 400,000 barrels of oil are being stolen daily and who the thieves are’ Nigerians want to know why the country is more divided than ever under the watch of President Goodluck Jonathan, and why corruption has become a bigger monster in the years under the PDP.
”The 2015 elections will be fought on the platform of issues, not meaningless attacks on personalities and attention-diverting tales like how Gen. Buhari wants to stage a comeback or how Asiwaju Tinubu wants to expand his imaginary empire,” it said.
APC said the reason its leaders have put national interests above personal considerations is to rescue Nigeria from the clutches of the PDP and a mediocre presidency, both of which have failed the citizenry and dimmed their hopes, not because of power-for-power sake, which is the mantra of the do-nothing PDP.
”Our eight cardinal programmes, which we shall be articulating in the days ahead, represent a summary of how we intend to rescue the long-suffering citizens and rescue our nation. These are War Against Corruption, Food security, Accelerated Power Supply, Integrated Transport Network, Free Education, Devolution of Power, Accelerated Economic Growth and Affordable Health Care.
”Our Guiding Philosophy will derive its impetus from these seven principles: Belief in, and the fear of God; Upholding the rule of law; Preserving national unity; Pursuit of a just and egalitarian society; Building of strong institutions; Commitment to social justice and economic progress; and Promoting representative and functional participatory democracy.

”These are the issues we will be enunciating in the days ahead as we steer the politics of our nation away from jejune matters that are at the core of the PDP misrule to serious issues of relevance that will benefit our people under an APC federal government,” the party said.
It said a party that defies rules and lies through its teeth cannot be trusted to rule over a people who are eager for their country to join the comity of developed nations.
”While one of the PDP gong-bearers, Okupe, was telling Nigerians that President Jonathan has not informed anyone that he will contest in 2015, his wife was coercing hundreds of hapless women, including those in uniform, into a show of shame tagged a ”Peace Rally”, but in essence a campaign for President Jonathan ahead of 2015.
”Defying INEC, this brazen campaign featured women clad in specially-made ‘ankara’ that bore the picture of President Jonathan and reminds one of the disgraceful days of the late despot Mobutu Sese Seko of former Zaire, and the late clownish leader of Uganda, Idi Amin. What a company to keep in the 21st century!
”In what must ranked as the first of its kind in Nigeria, women drawn from various security agencies – the same that will be expected to provide security for the 2015 elections – were coerced into a march of shame, as organizers of the campaign masquerading as a peace rally blocked traffic and prevented citizens from earning their daily bread. Yet, Okupe said his boss has not told anyone he will run, and had the temerity to insult the media by saying they have been taken over by a few people. The good news is that Nigerians are far smarter than their present rulers and therefore cannot be fooled,” APC said.
The party called on INEC to mete out appropriate sanctions to anyone who has violated its ban on early campaigns for the 2015 elections, in view of the First Lady-driven phantom peace rally that is actually a facade for electioneering campaign, if the electoral umpire’s ban on such campaigns is to be taken seriously.