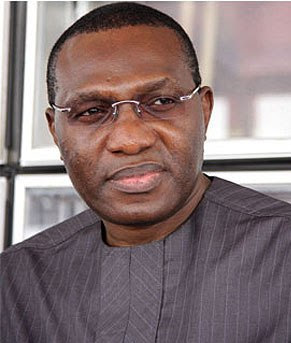 The PDP gubernatorial ticket have been given to Tony Nwoye by the consent of President Jonathan, Bamanga Tukur and 2015 presidential strategists and Andy Uba has been rejected and abandoned in the cold and given the  same treatment APGA gave Soludo . Two weeks ago, the elation at  Chukwuma Soludo’s entrance into All Progressive Grand Alliance (APGA) was cut short by his suspicious disqualification which has been traced to undue pressure form the presidency towards the three owners of APGA, Governor Peter Obi, Chief Victor Umeh and Ambassador Bianca Ojukwu.
Soludo’s sin was his closeness to former president Olusegun Obasanjo and his earlier criticism of Jonathan’s wobbling economic policy. Jonathan had earlier dealt with Soludo’s governorship ambitions in 2010 and ensured that all PDP rigging machinery to give Soludo any advantage was dismantled on the eve of the election. He also ensured that PDP Governors did not attend any of his campaign and he failed to attend despite the event being shifted thrice to accommodate his presence. In that election Peter Obi  of APGA scored 97843 votes; Chris Ngige under ACN got 60240 votes while Chukwuma Soludo of PDP polled 59365 votes.
Subscribe to our newsletter
Soludo had earlier made the mistake of relying on the goodwill of Peter Obi, Victor Umeh and Bianca Ojukwu for a level playing ground for him in APGA not factoring that the trio has unalloyed servitudinal gratefulness to incumbent President Goodluck Jonathan for helping the party win the 2010 governorship election and  the trio would rather offend Soludo than godfather Jonathan. In 2011 APGA repaid Jonathan by refusing to present a presidential candidate.
Ifeanyi Uba had become the smartest of the candidates hunted by Aso Villa. He escaped from APGA, fleeing to Labour Party before the presidential hangman’s noose coils round his political neck. Immediately Ifeanyi Uba joined APGA, some groups sponsored from above mobilized some idle party men to drive him out of the erstwhile moribund party. It took the intervention of the  Governor Olusegun Mimiko of Ondo State and National Chairman Dan Nwanyanwu to save Uba another embarrassment being engineered by unseen forces. Notwithstanding he is still bugged with incessant court cases meant to distract his governorship aspirations.

Andy Uba knows that Jonathan does not like his face despite all attempt he has made in the past to court presidential favoritism especially through the First Lady. His sin is his godson relationship with Obasanjo which is believed could be used against the incumbent president in 2015 if Andy becomes governor. Tony Nwoye, who became PDP chairman using Uba’s influence  during the era of Ngige-Uba kidnap saga was picked as the choice of the presidency over Nze Akachukwu Nwankpa and others. According to those privies to discussions in the Villa, Akackukwu’s handling of the Ohaneze Foundation, which he was accused of converting to private business, and the fear that Ohanaeze Ndigbo could use it against him, made the presidency soft-pedal on his candidacy. Senator Ben Obi, another presidential aide is leading that school of thought and Jonathan listens to Obi more than Akachukwu.
Tony Nwoye, a shrewd politician and unassuming personality, capitalized on these suspicions to convince agents of the presidency and the party to back him up for the polls. He was told to ensure that he takes all the other opponents by surprise by winning the primaries, through hook or crook, an act he aptly executed, outsmarting Akachukwu and Ukachukwu in the process. The victory of Nwoye had temporarily put Andy’s ambition in the cooler. Andy brought to four the number of candidates the presidency has penciled for demolition in Anambra State; others include Chris Ngige, Ifeanyi Ubah and Chukwuma Soludo. The only option available to Andy is to hold on to INEC support and the courts,an  experiment he has mastered from his past antecedents and if PDP is not careful, the Amechi-Omehia scenario in Rivers State would re-enact. Curiously INEC had stuck to him like bee, insisting that they know nobody else.
It is a regretful political situation in Anambra State, the selection of their leaders is being heavily influenced by outsiders. In APC, Ezeemo had accuses Ngige of using his friendship with Tinubu to seek  upper hand in the gubernatorial ticket and his earlier protest led to the cancellation of earlier adoption of Ngige as party flag bearer and he has vowed to scatter any attempt by  Ngige to hijack a party he funded to the tune of hundreds of millions of naira. However, Ngige believes that he is the only candidate that can challenge PDP, APGA AND LP in the state and banks on the support of Tinubu and Okorocha to scale the primaries against the party structures erected by Ezeemo. The disqualification of Soludo and other eligible candidates made it possible for Willy Obiano, a former director with Fidelity Bank and Peter Obi’s business partner to emerge as candidate.
With all these undemocratic permutations and external influence, Anambra State would most likely fall into a wrong hand leading to another eight years of misrule and stunted growth and the citizenry will lag behind again in terms of development. The Soludo treatment, packaged as PDP parallel primary, has been meted to Andy Uba, though serially rejected,  he needs all the resources, strength, connections and goodwill to scale through his  enemies in the presidency and PDP or face the realities of an ugly end to a governorship dream.

Why We Are Taking Over PDP From Jonathan, Tukur — New Factional Chairman, Baraje