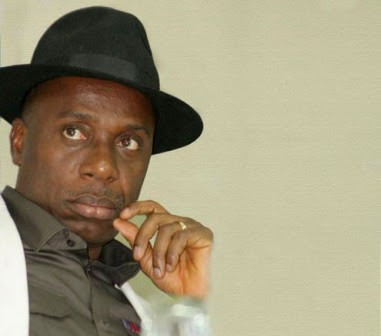 A group known as Rivers’ People Forum(RPF) has said that an Abuja based cabal are plotting to remove governor Rotimi Chibuike  unconstitutionally.
In a statement signed by the President of the Group, added that the “Abuja-based cabal” was irked by the rousing reception recently given to the leaders of the All Progressives Congress (APC) during a visit to the state.
According to them, the move to oust Amaechi out of office is being bankrolled by a “a South South governor and two federal ministers.”
Subscribe to our newsletter
The group said: “The evil plot is to unleash violence in various parts of the state so that it would be presented as ungovernable and in turmoil to pave the way for the declaration of a state of emergency and use that as a reason to remove Amaechi.”

“Money for this plot would be brought in from Abuja and the state of the South South governor in six ambulances to divert attention from the real purpose. A lot of these funds would be used to take care of the police in the state and fully secure their (police) support for the plot to unleash violence in the State.”
The RPF said any attempt to truncate the collective mandate of Rivers people would be firmly resisted by Rivers people.
“This Abuja cabal must henceforth desist from such insidious plots that will certainly throw our polity into disarray and threaten our democracy. They have been warned,” RPF said.

A Tribute: Festus Iyayi And The Urgency Of Now By Bayo Oluwasanmi