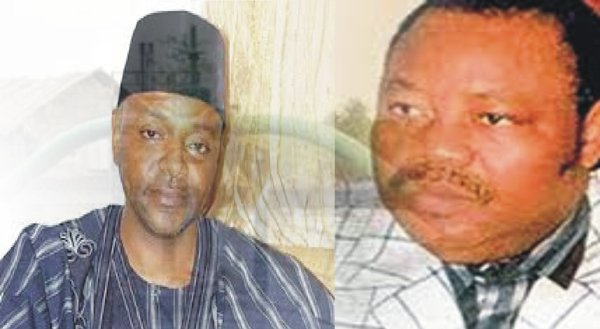 The last may not have been heard of the controversial Malabu oil deal. Mohammed Sani, one of the children of the late Head of State, Gen. Sani Abacha, is locked in a battle with a firm owned by a former Minister of Petroleum Resources, Mr. Dan Etete, over N34.4billion ($215m) which accrued from the sale of Oil Block 245 to Shell Nigeria Ultra Deep Limited, Nigeria Agip Exploration Limited and Shell Exploration and Production Company Limited.
The row between Mohammed Sani and Etete, who was a minister in the Gen. Abacha, has underscored the personal intrigues behind Malabu oil deal and how it is rubbing off on the nation.
Subscribe to our newsletter
The $215million is, however, stuck in an Escrow Account with JP Morgan Chase.
The Federal Government had on April 29, 1998 granted an Oil Prospecting Licence (OPL 245) for oil block 245(Block 245 to Malabu Oil and Gas, owned by Etete.
But on 30th March 2001, Malabu and Shell Nigeria Ultra Deep Limited (SNUD) entered into a Farm-in Agreement and a Deed of Assignment under which Malabu assigned 40 per cent equity interest in OPL 245 to SNUD.
The Federal Government on 2nd July 2001 revoked OPL 245 and by a letter dated the 23rd May 2002, awarded the oil block to SNUD on the basis of a Production Sharing Contract (PSC) following a competitive bid with another international oil company – on the invitation of the Federal Government.
Based on the re-award of the oil block, the Nigerian National Petroleum Corporation(NNPC) December 22, 2003, executed a PSC with SNUD( hereinafter referred to as the 2003 PSC ) granting SNUD the right to exclusively operate Block 245 as contractor for a term of 30 years.
The revocation of the oil block led to various law suits involving FGN, Malabu, and SNUD.
According to records, the Federal Government on 30th November 2006, executed a settlement agreement with Malabu “without admission of liability for any alleged wrongful, unlawful, unjust or any like conduct agreed to re-allocate Block 245 to Malabu in consideration of Malabu discharging and releasing the FGN from all claims and suits filed by Malabu against the FGN in connection with the revocation of Malabu’s interest on 2nd July 2001.”
The out-of-court settlement letter, dated December 2, 2006 was signed by a former Minister of Petroleum Resources, Chief Edmund Daukoru.
Following international arbitration, the Federal Government agreed to pay $1.092, 040,000 to Malabu Oil and Gas in full and final settlement of any and all claims, interests or rights relating to or in connection with Block 245.
The cash was paid into a depository account with J.P Morgan Chase Bank NA, managed from London.
But following issues raised by Abacha’s son, Malabu Oil and Gas could only access $801, 092, 000. 000 of the $1.092.040.000 billion.
The two parties (Mohammed Sani Abacha and Malabu Oil and Gas) had taken their dispute over $215million to the Federal Government.
The government may not dabble in the cash row, The Nation learnt yesterday.
A source said: “The $215million in dispute is in an Escrow Account, it is not the business of the government to settle personal disputes.
“It is a sad development, in view of the challenges the nation had experienced during the military regime between 1994 and 1998.
“What the government did in 2006 was only to resolve the dispute over OPL 245 through international arbitration or else we will not be able to explore the oil. We acted in the best interest of the economy because OPL 245 is important.
“This row is purely a personal matter which the parties can resolve in court. But the cash is in an Escrow Account with JP Morgan Chase.
“You can see how personal interests rub off on the nation’s economy. This is why a systemic review is being done.”

The details of the row between Abacha’s son and Etete’s firm are captured in some documents obtained by our correspondent.
In a letter to the Federal Government, through his counsel, A.A. Umar, the son of the late Head of State alleged “unauthorised alterations of Malabu Oil and Gas Limited ownership structure.”
The letter said Pecos Energy and Sani “have discovered that, without their consent or knowledge, one Mr. Dan Etete has disposed of the interest of Our Clients to Shell Nigeria Ultra Deep Limited, Nigeria Agip Exploration Limited and Shell Exploration and Production Company Limited”.
“The above named companies bought from Mr. Dan Etete an oil block known as OPL 245 for the sum of $1.3 billion US Dollars (One Billion, three hundred million U.S Dollars). Our clients’ investigation further reveals that Mr. Dan Etete has already received the sum of $801, 092, 000. 000 (Eight hundred and one million, ninety two thousand U.S Dollars) and will receive the balance as soon as a consulting dispute with International Legal Consulting Limited is settled by a sole arbitrator in London.
“It is our clients’ view and it is also our advice that, you be informed of this development so as to enable you intervene and solve this matter amicably between the parties. It is our view that the consequences of litigating this matter will be negative to the image of our great country.
“On behalf of Our Clients, we ask you once more to intervene and call a meeting of all the disputing parties with a view to achieving a just and reasonable settlement.”
But a letter by James Maton of a law firm in the UK, Edwards Angell Palmer and Dodge for Malabu Oil and Gas Limited, said Energy Venture Partners Ltd (EVPL) “alleged that it is entitled to US$200 million from Malabu by reason of an oral variation to an Agreement entered into between Malabu and EVPL in January 2010 under which EVPL was appointed to find buyers for Oil Production Licence 245.
“It is said by EVPL that this fee is payable as a result of the separate resolution agreements entered into on 29 April 2011 between (a) FGN, NAE and SNEPCO, and others; (b) FGN and Malabu; and terms of settlement between the Malabu and the Shell companies. Malabu considers the claim to have no merit whatsoever.
“Malabu understands that, as a result of the resolution between FGN, NAE and SNEPCO, the FGN holds US$1,092,040,000 in a depository account with J.P Morgan Chase Bank NA, managed from London. It also understands that FGN intends to pay that sum to Malabu as payment of the settlement sum under the Resolution Agreement (and indeed has issued various payment instructions)
“EVPL has obtained a freezing injunction in England in support of its claim. Initially, that freezing injunction purported to freeze the entire US$1,092,040,000 billion held in the FGN’s depository account with JP Morgan.
“As a result of a hearing on Monday 18 July, the injunction was varied with the effect that payment to Malabu was permitted, provided that US$215 million of the sums owing to Malabu were paid into court. The payment into court will discharge the injunction.
“As a result, and in part satisfaction of FGN’s obligations under the settlement, Malabu has asked the FGB to pay US$215 million into court, with US$801,540,000 being paid to Malabu. That, Malabu understands, will leave about US$75.5 million in the depository account (being an amount to Malabu under the resolution agreement).
“Malabu is seeking to obtain an Order in the proceedings that the US$215 million is released from court and paid to it, on the basis that EVPL has no good arguable case and made serious non-disclosures to the court when obtaining the injunction.”
In a June 3, 2013 separate letter to President Goodluck Jonathan, Malabu Oil and Gas insisted on its right to the $215million.
The letter obtained from a source close to the firm said in part: “We send your Excellency our sincere compliments and thank you for providing the environment and inspiration for a new and dynamic Nigeria through your transformation agenda.
May we also use this medium to once again express our gratitude to your administration for being able to resolve the issues concerning our oil block OPL 245.
“Your Excellency will recall that the Federal Government of Nigeria and Malabu Oil and Gas Limited executed the “BLOCK 245 MALABU RESOLUTION AGREEMENT” of the one Part, Federal Government of Nigeria and Shell executed “BLOCK SNUD RESOLUTION AGREEMENT” on the Second Part, Federal Government of Nigeria, Shell Nigeria Agip Exploration and Nigeria National Petroleum Corporation executed “BLOCK 245 RESOLUTION AGREEMENT” on the third Part. All the agreements were execute din April 2011 to formally bring all issues in dispute concerning OPL 245 to a close.
“Your Excellency will recall that by our letter to you dated 17 June 2011, we sought your approval to authorize the Federal Ministry of Finance to direct J.P Morgan Chase (“the Escrow Agents”) to pay the moneys due to Malabu Oil and Gas Limited under the Resolution Agreements in the sum of US$1,092,040,00 (One billion, ninety-two million and forty thousand US dollars) by wire transfer direct to Malabu’s designated accounts in Nigeria.
“Your Excellency graciously granted the said approval. However, before the Federal Ministry of Finance could carry out the said directives, Malabu Oil and Gas Limited and J.P Morgan Chase were served with two freezing (injunctive) orders from the High Court of Justice in England on the Application of: ENERGY VENTURE PARTNERS LIMITED (a British Virgin Island Company) which sued Malabu Oil and Gas Limited for the sum of US$ 200, 000, 000 (Two hundred million US dollars) together with damages and cost of US$15,000,000 (Fifteen million US dollars) and;
International Legal Consulting Limited (a Russian company) which commenced an Arbitration proceedings against Malabu Oil and Gas Limited at the London Court of International Arbitration suing for US$75,000,000 (Seventy-five million dollars).
Source: The Nation