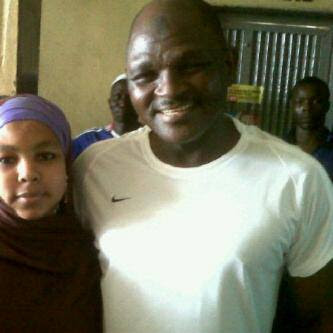 Al-MustaphaA lot of political under-current went into the process that brought up Gen Abdulsalami Abubakar as Head of State following the controversial death in office of late Gen Sani Abachi.
But why didn’t Abacha’s dreaded CSO, Major Hamza Al-Mustapha used his overbearing influence to take over the government immediately, considering it would have been very easy for him?
The former Chief Security Officer to late Abacha said: God used him to stabilize the country from the possible turmoil that could have followed Abacha’s death.
Al-Mustapha stated this when he visited the Leader of the Niger Delta Peoples Volunteer Force (NDPVF), Asari Dokubo, in his Abuja residence at the weekend.
Subscribe to our newsletter
He said he chose not to assume power during the death of Abacha, lamented that some people capitalised on his humility and loyalty to the service of Nigeria to punish him unjustly.

In his words: “Ours is to serve, preserve the country and so I did. If I had wanted, after the death of General Sanni Abacha, this country was to witness another thing. But in our character, ours is to serve the country and I did. Nobody fired one bullet the day General Abacha died. God gave me the courage. But there was so much confusion, so many agitations at that time.
“But God used me to stabilize a course and it is the course that gave birth to this democracy. So, if I had not done so that time, we would have changed the course of history. But because we kept quiet, we were humble and committed to the country, people now turned it around.”
His host, Alhajia Asari Dokubo urged Al-Mustapha to, “Forgive them. It is when you forgive that you gain more benefits from Allah.”
Source: Osun Defender

Gani Adams Lambast Fasehun, Says He Is A Wolf In Sheep’s Skin