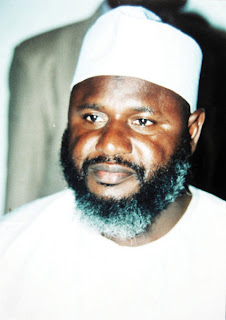 The former Zamfara State Governor and current Senator, Sani Yerima, whose marriage to a 13-year-old girl drew widespread outrage in 2009, literally pressed the Senate to reverse a vote that appeared to outlaw underage marriage, almost marring a crucial constitution amendment vote Tuesday. The Senate constitution review committee had recommended alteration of section 29 of the constitution that deals with the manner of renunciation of citizenship.

The constitution states that full age means 18 years and above and the committee proposed a removal of part b of the clause which states that any woman that is married shall be deemed to be of full age. Senators overwhelmingly backed the recommendation that it be removed, leaving the prospect of final passage if accepted by the House of Representatives and state Houses of Assembly.

However, Mr. Yerima questioned why the section dealing with age of a married woman was deleted, describing the move as un-Islamic. He demanded a revisit, a call that was turned down by Senate president, David Mark. Mr. Mark ruled that as a member of the constitution review committee, Mr. Yerima had every opportunity to have sought a review and was against the chamber’s rule in seeking an amendment while the votes were on. Mr. Yerima insisted that under Islamic tenet, a woman is of age once married and countering that order as already stated in the constitution would be discriminatory and in violation of another section of the constitution directing the National Assembly to steer away from Islamic marriage.

“The constitution says the National Assembly shall legislate on marriage except those under Islamic rites,” said the former governor whose marriage to the teenager triggered months of controversy. “Islam says once a woman is married, she is of age.” Mr. Mark however conceded to a second vote after other proposed amendments had been concluded, saying he had to act due to the “sensitivity” of the matter as it concerns religion. Still, Mr. Yerima’s demand was again thrashed 60 to 35 at a repeat vote but the section could not be deleted as constitution amendments require two thirds of the entire members-73 for the Senate- for a proposal to pass.