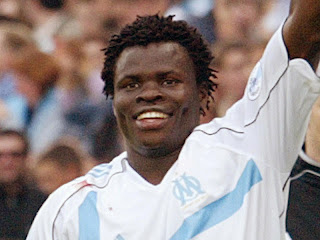 Nigeria international Taiwo Taye has been indicted in France on tax fraud charges and a Marseille court has begun a judicial procedure to seize his €600,000 mansion based in Allauch, a French commune situated east of Marseille.

The 28-year-old defender played six seasons at Olympique Marseille between 2005 and 2011 before joining Italian giants AC Milan.
French fiscal authorities say the player did not pay income taxes in 2008 and 2009 as well as property taxes in 2011 on his 900m2 home, which they say will be auctioned at €200,000, three times lower than its market value.
In a statement released on Tuesday in Marseille, the tax office said Taiwo, who recently joined Turkish side Bursaspor, owes €1,025,000 in taxes, but can apply through his lawyer for instalment or delayed payment if he is not financially fit to settle at the moment.
The onetime terrific left back earns €2 million per annum.
Taiwo was not present at the tax office and was not represented by a lawyer. He is yet to respond to the charges.=
Source: Supersport

Rivers State Crisis: IG Of Police Summons Leader Of The House, ADC And The CSO