Why We’re Tackling Graft In Niger Delta, By NIDAN 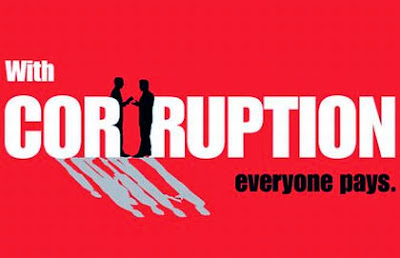 THE Niger Delta Anti Corruption Network (NIDAN), has given reasons why they are standing up to confront what they described as ”unbearable graft” in the Niger Delta, Nigeria’s main oil and gas region.
Country Director of Stakeholder Democracy Network (SDN), a civil society group behind the anti-graft network, Inemo Samiama, told AkanimoReports on Wednesday in Port Harcpourt, the River State capital, in Southern Nigeria, that there is an alleged upsurge of corruption in in the volatile oil region.
Subscribe to our newsletter
”The upsurge of corruption in the Niger Delta is disturbing”, the SDN boss said, adding, ”the impact is quite devastating”.
According to the promoters of the anti-corruption campaign in the Niger Delta, ”the funds allocated for the provision of quality education and healthcare delivery disappear into thin air and often make their way to international bank accounts. Whilst the majority of the population live in scarcity, elitist minorities generate vast wealth through corrupt practices from large-scale embezzlement to petty bribery”.
The formal launch of the “Fight Corruption” campaign in the nine oil-producing states of Abia, Akwa Ibom, Bayelsa, Cross River, Delta, Edo, Imo, Ondo, and Rivers took place on the United Nation’s International Anti-Corruption Day on December 9.
Dr. Rosemary Udoh, a Regional Co-ordinator of the campaign told AkanimoReports in Uyo, the Akwa Ibom State capital, that the campaign aims to raise public awareness of corruption, how it violates ”our rights and what people can do to fight it”.

The theme for this year’s Day was “Zero Corruption, 100% Development.”
As part of the activities to marking the day in Port Harcourt, NIDAN joined the Independent Corrupt Practices and Related Offences Commission (ICPC), an official anti-graft agency,  for a rally and march.
Campaign T-shirts, stickers, wrist bands, posters with anti-corruption messages were distributed and widespread support was expressed.
Fight Corruption marcher walks past police officer in Port Harcourt
The campaigners are calling for the assets of stolen public funds to be identified, frozen, seized and – with proper safeguards – returned to the rightful owners.
“Corrupt funds that are laundered through the United Kingdom represent misery for millions of people. The money has been stolen from health and education budgets, from infrastructure and law enforcement, and many other areas of public spending. This both degrades those services and removes funds that should rightfully be invested in their country of origin.” says the Transparency International website.