Why We Suspended Governor Wammako –PDP 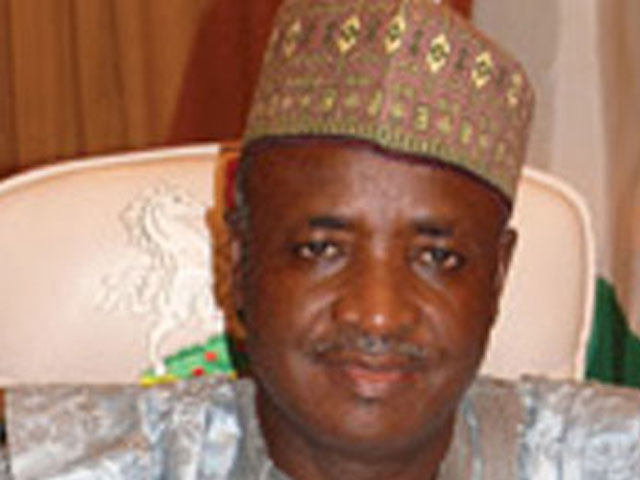 Following the suspension of Governor Wammako by his party, the Peoples Democratic Party, the Party in statement signed by its National Publicity Secretary, Olisa Metuh said; “The Peoples Democratic Party (PDP) wishes to set the records straight on the reasons for the suspension of the Executive Governor of Sokoto State, His Excellency, Dr. Aliyu Magatakarda Wamakko as a member of the PDP.The decision to suspend His Excellency, Dr. Aliyu Magatakarda Wamakko came after very wide and exhaustive consultations, in accordance with the provisions of the constitution of the PDP and in the overriding interest of the Party.”
According to the party in its statement it said, It is important to note that the reason for the suspension of Governor Aliyu Magatakarda Wamakko predates the Nigeria Governors’ Forum’s election; “Sometime in early April, the leadership of the Party was concerned with the statements and conduct of the Governor whereupon the National Chairman placed several calls to draw the attention of the Governor to the matters concerned.However, it was not possible for the National Chairman to speak with the Governor despite several attempts. The National Chairman thereafter vide a letter dated 12th April, 2013 requested an explanation to the NWC within seven days.”
Subscribe to our newsletter
According to Metuh in his statement said; “Instead of replying the National Chairman, Governor Wamakko directed the Sokoto State Secretary of the Party, Mallam Aminu Bello Sokoto to reply the National Chairman. The State party Secretary in a letter dated April 14, 2013 and on the official letterhead of the Sokoto State Government House, replied the National Chairman on behalf of the governor.”
Adding further the party said; “this amounted to gross disrespect and act of insubordination to a National Officer and a lawful organ of the party which is in violation of Articles 58.1 (c ), (h) and (m) of the PDP constitution which prescribed sanctions for any member who (c ) “disobeys or neglect to carry out lawful directives of the party or any organ or officer of the party”, (h) “engages in any conduct likely to cause disaffection among members of the Party or is likely to disrupt the peaceful, lawful and efficient conduct of the business of the Party” and (m) “fails, refuses or neglects to treat a petition, complaints or appeal timeously” respectively.”
Nevertheless, the NWC, vide a letter dated April 17, 2013 kindly requested His Excellency, Dr. Aliyu MagatakardaWamakko to appear before it on the 8th of May, 2013 to clear the issues thereof; “The NWC also wrote to the State Secretary, Sokoto PDP, Mallam Aminu Bello Sokoto requesting explanations for his actions as a state party officer, in replying the National Chairman. Regrettably, Dr. Aliyu Magatakarda Wamakko never honored the invitation and refused to respond in any way despite repeated invitations from the NWC, an action which is in clear violation of Article 58.1 (c), of the PDP constitution. In the same vein, the State Secretary, Sokoto PDP also refused to respond to the National Working Committee (NWC),” the party said.

Moreover enumerating the sins of the governor which prompted his suspension from the party, it also said that consequently, the NWC at its 336th meeting held on May 22, 2013 suspended the State Secretary, Sokoto PDP Mallam Aminu Bello Sokoto and communicated the decision to him in a letter dated May 22, 2013; “The NWC thereafter extended yet another invitation to His Excellency, Dr. Aliyu Magatakarda Wamakko in a letter dated May 23, 2013 in which it requested him to appear before it on Wednesday, June 5, 2013 to clarify the issues. Unfortunately, in complete disregard to a lawful organ of the Party, His Excellency, Dr. Aliyu Magatakarda Wamakko, instead of appearing before the NWC traveled out of the country on Tuesday June 5, 2013 without any form of response to the party.”
“The NWC frowned at this act of gross indiscipline and disrespect to the party and was therefore left with no other option than to invoke relevant articles of the PDP constitution in furtherance of the determination to enforce discipline at all levels within the Party,” the party said.
According to the PDP it said; “We wish to state that the leadership of the Party has immense respect for all elected and appointed political office holders and in the same vein expects all political office holders to reciprocate by respecting the constitution and lawful organs of the Party upon which platform they hold office.The NWC hereby restates that no individual or group within the party is, and must be seen to be above the constitution and lawful organs of the party. All party members are under the rule of the constitution of the party and must so abide.”

No Blackmail Can Stop Presentation Of FCT: The Rot Within – Mamu