There Is Nothing Progressive About The APC, By Femi Aribisala 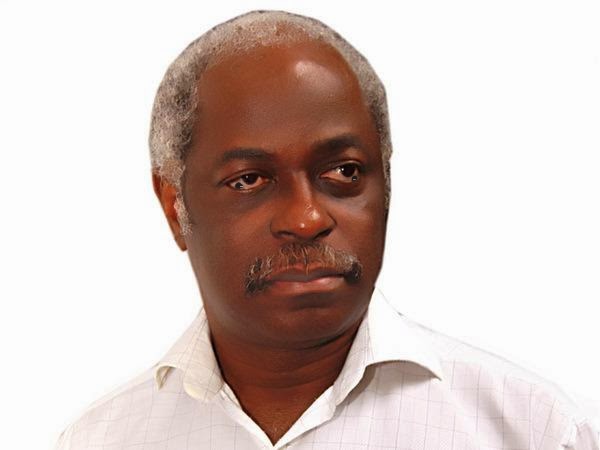 APC’s definition of “progressive” is one where it is, to all intents and purposes, a Muslim party.
Three well-worn parties in Nigeria, the ACN, CPC and a wing of the APGA had a makeover, refashioning themselves as the APC (All Progressives Congress).  But the question remains: what exactly is progressive about this marriage?  Is it not like changing NEPA to PHCN with no improvement in electricity?
Subscribe to our newsletter
Regressive alliance
Rather than being a progressive party, the APC is regressive.  Indeed, it is a cruel joke to describe it as progressive.  A party led by a former military dictator and a civilian dictator cannot be progressive.  Can any right-thinking person actually mistake Buhari for a progressive?  Would a progressive truncate a democratic government?  Would a progressive muzzle the press?  Would a progressive arrest and jail people without trial?  Would a progressive call for rioting and bloodletting if he loses an election?  Certainly not!
Whatever Buhari might be, he is not progressive.  Instead, he is a dyed-in-the-wool antediluvian politician.  At 71, he belongs to the old school of Nigerian leaders that see the country in black and white, North and South, Muslim and Christian.  Not once, in all his years in the public eye, has he uttered an original idea.  Yes, he has been head-of-state before, but it was by force of arms.  Nevertheless, there is no indication whatsoever that Buhari has any understanding of Economics.  He has never enunciated any kind of economic policy.  As a matter of fact, he has hardly enunciated any policy whatsoever; beyond making platitudinous statements that he will wipe out insecurity in the country.
On his part, Buhari’s partner, Bola Tinubu, is anything but progressive.  There is nothing progressive about a man who chooses ACN candidates capriciously in his bedroom, installs his wife as Senator for Lagos State, and foists his daughter on hapless market-women as the Iyaloja of Lagos State.  The biggest indictment of Tinubu as a non-progressive is the difference between what he achieved as two-term governor Lagos State and what his successor Babatunde Fashola’s has achieved.  Undoubtedly, Fashola has put Tinubu to shame.
Corruption alliance
Sometimes in Nigeria to be progressive is regarded as meaning to be against corruption.  Can the APC be said to be an anti-corruption party?  The answer is a capital “No!”  If, as many people seem to be insisting, Buhari is sworn against corruption, then the big question is what is he doing with all the PDP thieves and crooks that are now supposedly crossing the carpet to the APC?  Even more important, what he is doing with Bola Tinubu?  Nobody would accuse Tinubu of being an apostle of anti-corruption.  Certainly, he is not the second-coming of Tunde Idiagbon.
Former EFCC Chairman, Nuhu Ribadu once described Tinubu as a looter of public funds of “international dimensions.”  Tinubu was investigated for operating illegally nothing less than 16 foreign bank accounts while serving as Lagos State governor.  His educational credentials are notoriously bogus.  He falsely claimed to have attended a non-existent school, St. Paul’s School, Aroloya; as well as my alma mater, Government College Ibadan.  He also claimed he attended the University of Chicago, when he obviously did not.
Anti-democratic party
The partners in the APC alliance are hostages of their past.  At their marriage ceremony, they declared their resolve: “to form a political party committed to the principles of internal democracy.”  Only the gullible and those suffering from amnesia will believe this.
The ACN is unapologetically anti-democratic.  Its leader, Bola Tinubu, does not have the word “democratic” in his dictionary.  Tinubu lost the primaries for the Lagos gubernatorial candidate of the AD (Alliance for Democracy) in 1999, nevertheless, he got the godfathers of the “Afenifere” to prevail on the winner, the late Funso Williams, to step down for him.
Bisi Akande has been the party chairman of the ACN “forever.”  The same goes for party spokesman, Lai Mohammed.  The ACN avoids national conventions like the plague.  Primaries are not held to determine its candidates for elective offices.  They are selected, as opposed to elected, and then imposed on the party.  Indeed, in a moment of exuberance, Akande declared that democracy has no place in the internal arrangements of the ACN.  Hear him: “Anyone that is not comfortable with that should go and contest in another political party.”  Why should anyone now believe that these same dictators have suddenly turned democratic, simply because it is now convenient for them to sing a different tune?
Similarly, Buhari’s democratic credentials are non-existent.  As self-imposed Head of State, Buhari had no regard for human rights. Immediately he seized power, he announced that he would “tamper with” the press.  Soon, the infamous Decree Number 4 was promulgated which made even the publication of the truth a punishable offence.  Under this cover, Buhari jailed innocent journalists, including Tunde Thompson and Nduka Irabo.  He abolished civil liberties, promulgated retroactive decrees enabling him to kill Nigerians through jungle justice, proscribed civil society organizations and professional groups and exercised “absolute” power illegally.
Mayhem party

APC leaders burnished their “progressive” credentials by threatening to throw the entire country into chaos if INEC did not register their party.  Once registered, they proclaimed their unique definition of progressive by calling on their members in the national assembly to block the passage of the 2014 national budget.  Presumably, this would have really made Nigeria progress even faster.  The party made the grandiloquent promise to: “offer our beleaguered people a recipe for peace and prosperity.”  However, their jaundiced way of achieving this was by undermining the nation’s security by asking that new service chiefs should not be confirmed in the Senate.
Buhari’s strange recipe for promoting national peace and prosperity is by ensuring that: “the dog and the baboon would all be soaked in blood” if APC loses the 2015 election.
That would really be progressive.  When he lost in 2011, his “progressive supporters” went on a rampage, looting and killing.  Today, this APC party of peace and prosperity cannot seem to conduct simple ward congresses without violence.  In Ondo State, one Bosun Adegorola was shot dead and 15 others seriously injured during the APC ward congresses in the state.
In Ogun State, two separate APC factions held parallel congresses, leading to two different executives in all the wards in the state.
The APC is a ticking time-bomb waiting to explode.  It has imported the trouble-makers of the PDP into its ranks, and they have promptly become trouble-makers in the APC.  They are now engaged in a battle for supremacy with the older APC members.  In Kwara State, for example, older members of the APC are engaged in guerrilla warfare with PDP defector Bukola Saraki.  In Kano State, daggers were drawn between former Governor, Ibrahim Shekarau, and PDP defector, Musa Kwankwaso.  The upshot of this was the defection of Shekarau to the PDP.
These fights in APC ranks are duplicated right across the country. Almost everywhere, the APC is engulfed in brushfires as these so-called progressives are engaged in a free-for-all.  Of course, the biggest of these ridiculously progressive fights is yet to come.  When it is time to choose its presidential and gubernatorial candidates, this coalition of strange bedfellows can be expected to implode.
Muslim party
Nigeria is a secular state.  The polity maintains a delicate balance between Christians, predominantly in the South; and Moslems, predominantly in the North.  This has led to the convention whereby if the president of Nigeria is Christian, the vice-president is Muslim; and vice-versa.  The formation of political parties on religious lines is proscribed in Nigeria.  Nevertheless, APC’s definition of “progressive” is one where it is, to all intents and purposes, a Muslim party.
All the “timber and caliber” of the APC, occupying the key positions of the party, are Muslims.  Muhammadu Buhari, the party’s leader from the North, is Muslim.  So is Ahmed Bola Tinubu, the party leader from the South.  Bisi Akande, the National Chairman is Muslim.  Aminu Bello Masari, the Deputy National Chairman, is Muslim.  Tijani Musa Tumsah, the National Secretary, is Muslim.  Nasir el-Rufai, the Deputy National Secretary, is Muslim.  Lai Mohammed, the National Publicity Secretary, is Muslim.  Sadiya Umar Faruq, the National Treasurer, is Muslim.  Shaibu Musa, the National Financial Secretary, is Muslim.
Abubakar Ledo, the National Youth Leader, is Muslim.  Muiz Banire, the National Legal Adviser, is Muslim.  Bala Jubrin, the Deputy National Auditor, is Muslim.  Sharia Ikeazor, the National Women Leader, is Muslim.
In the multi-ethnic, multi-religion Nigeria of today, there is nothing progressive about this.  As a matter of fact, it is downright  retrogressive.  There is no single Christian holding a national office in the APC.  Christians are relegated to the zonal offices.  For example, Tom Ikimi is the National Vice-Chairman, South-South; while Otumba Niyi Adebayo is National Vice-Chairman, South-West.
Muslim/Muslim ticket
When Buhari conducted his “progressive coup d’état” in 1983, overthrowing an elected democratic government to become head of state, his deputy, Tunde Idiagbon was also a Muslim.  Worse still, both of them were Fulani given the fact that Idiagbon’s mother was Fulani. This fake progressive agenda is yet again in the offing.  The party is testing the water and is already in crisis because of the determination to field Buhari as presidential candidate and Tinubu as Vice-Presidential candidate.
This kite of a Muslim/Muslim ticket will not fly in the Nigeria of today.  People argue that it worked in 1993, when a Muslim/Muslim Abiola/Kingibe ticket prevailed.  However, 2015 is not 1993 and Buhari is not Abiola.  Abiola was educated in Christian schools and he endeared himself to virtually all strands of Nigerian society with his generosity.  Buhari, on the other hand, is known to be a rabid Muslim who has uttered many anti-Christian statements in the past until it now becomes necessary to seek Christian votes in the quest for political power.
The mere notion of a Muslim/Muslim ticket is already tearing the makeshift fabric of the APC apart.  Should the party remain bullish in this regard, the Christian hewers of wood and drawers of water within its ranks can be expected to declare: “To your tents O Israel!” Already, turncoats like Femi Fani-Kayode are already making plans to ditch the new-fangled party over this very issue.