The Sacking Of Oduah: Matters Arising, By Jaye Gaskia 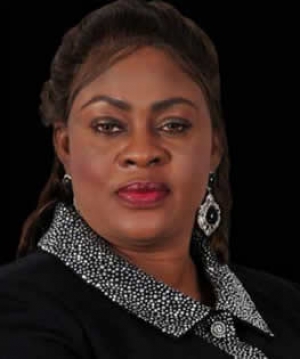 Let us begin by stating very clearly that the sacking of Oduah the Aviation Minister is long overdue. In this sense her eventual sack is shorn of the courage required by a Commander In Chief and President of a country; just as it is now as an act of governance, devoid of commendation. The reason is simple; the President’s hand was forced, because of his weakened position relative to the contending forces within the ruling political elites in both the ruling and now strong opposition.
The sacking of the Minister without taking the necessary step of causing the EFCC to begin the process of publicly prosecuting her on account of the indictments of two separate investigative reports by the Presidency and the HOR, is nothing short of a half measure, calculated to give both the Minister and the President a soft landing out of the morass.
Before we remind ourselves of the gravity of her offences, let us quickly compare the President’s attitude towards corruption with that of two other Presidents. In Ghana a Minister was given the kick because of the mere suggestion in a conversation involving her that she was in politics to make money, suggesting she would not hesitate to defraud the state big time. In Russia, the Petroleum Minister was sacked in 2012 because of abuses which occurred with respect to a ‘mere’ $100m oil contract!
In Nigeria, the Petroleum Minister on the other hand as well as the Management board of the NNPC remain in their positions, after the numerous countless fraudulent activities that are being exposed in the Petroleum Ministry and sector. Under the watch of the Petroleum Minister, and the oversight of the NNPC, the constitution is being serially violated with NNPC retaining and spending whatever it likes from the revenues generated in its operations without appropriation and without the authority of either the National Assembly or the Presidency. Furthermore, under the minister and the management of the NNPC, crude oil theft has spiked, from less than 200,000 barrels per day to over 400,000 barrels per day, leading in the last year alone to such monumental shortfalls in projected Federal earnings, that the Excess Crude Account had to be depleted from $9bn to $2bn; while the External Reserves had to be depleted, within the same period from $49bn to $42bn! Yet both the Minister and the management board of NNPC of which she is the executive chair are still in office!
So what were the offences of Oduah? Why should she along with Deziani, the NNPC management, and others not only be sacked, but also be prosecuted? Oduah unilaterally increased without authority of the President or the NASS the budget for procurement of vehicles in her Ministry from N240m to N640m; a clear violation of the constitution and appropriations act. Secondly she procured 2 armoured BMWs at the inflated cost of N255m abusing the waiver policy in the process.
We demand that not only should she be sacked; she must be prosecuted too. We demand that the Petroleum Minister along with the management board of NNPC should equally be sacked immediately, and prosecuted. People have said Fashola also bought armoured vehicles at inflated costs. Our response is that what is good for the goose is good for the gander. He should also be investigated, and appropriate actions taken against him. For us, these are just further indications of commonly shared attributes of the treasury looting ruling class; ConservaThieves or ProgressThieves alike! Both wings of the light fingered ruling elites have failed our nation; and both wings deserved to be SACKED through our collective Direct Mass Action. Only massive organisation and mobilisation of the scale of the January Uprising by ordinary Nigerians, can lead to the collective sack of the thieving ruling class.
Follow me on Twitter: @jayegaskia & @[DPSR]protesttopower; and Interact with me on FaceBook: Jaye Gaskia & Take Back Nigeria

Dokpesi To Clark: You Have Done More Harm Than Good To Jonathan’s Government In Pursuit Of Your Parochial Interests.