The Miraculous Deliverance Of Oga Jona By Chimamanda Adichie 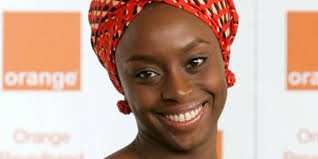