The Lagos Model Schools Where Nothing Works 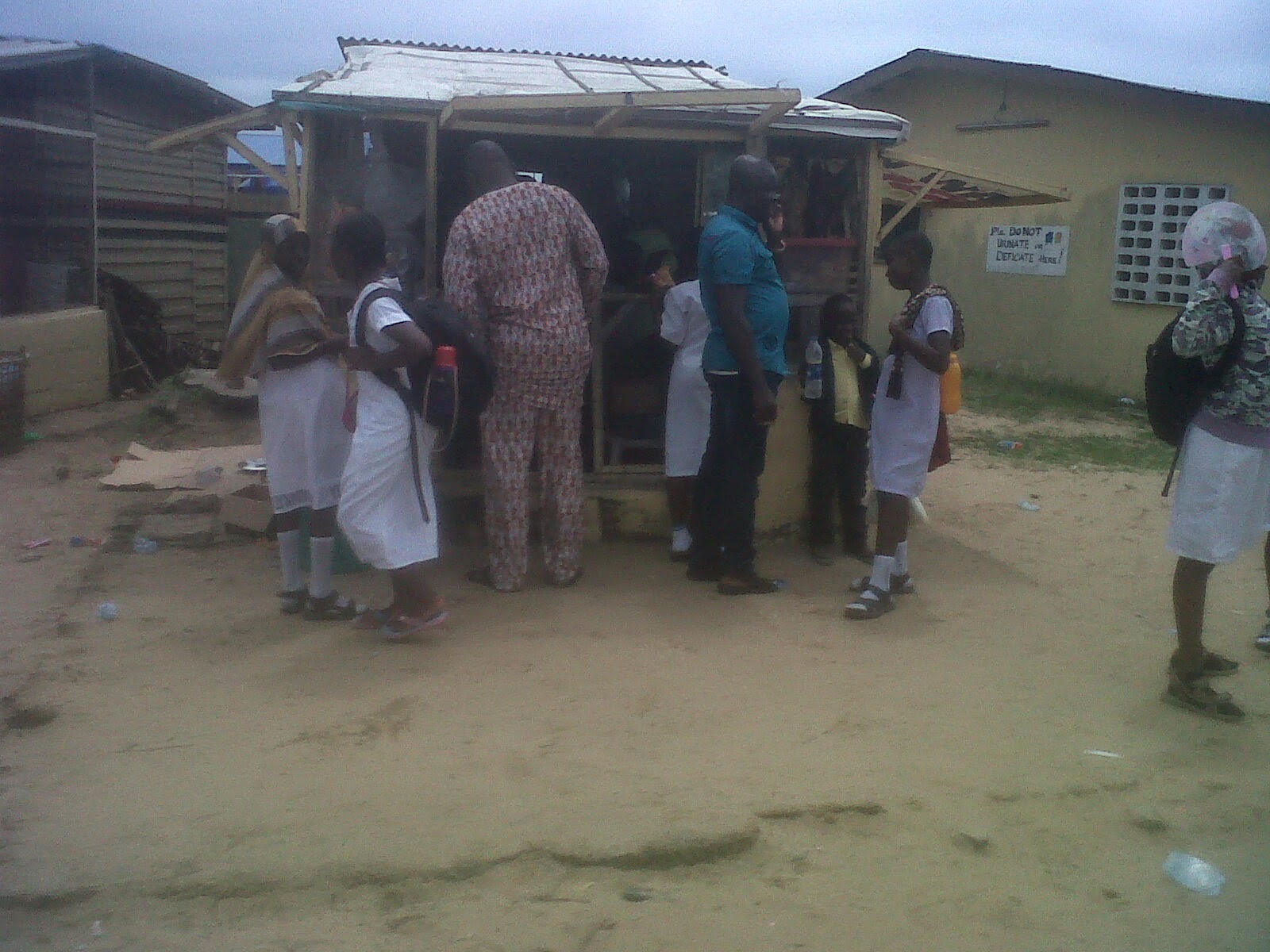 And like locusts on a mission to invade a farmland, the visibly malnourished and gaunt looking students, in their hundreds, besieged the entrance gate of the school in anxious expectation of their parents and relations. They giggled and hissed intermittently on sighting a stopover of any commercial vehicle at the adjacent bus-stop; on realising the alighting passenger has no link to them. Some threw decorum and courage into the winds and wept profusely as hope of seeing their parents deemed with the ticking away of the wall clock. This is Lagos State Model College, Kankon, Badagry, one of the model colleges being touted as Lagos State Secondary Schools where tuition is free and students only have to pay a paltry sum for their “subsidised” feeding.
Subscribe to our newsletter
Our visits round the Lagos State Model Colleges reveals that contrary to what the government of Babatunde Raji Fashola is claiming, the academic institutions located across the state are in total shambles. Apart from the over-crowdedness of the colleges which accommodates almost 80 students in a class, the food given to students is terrible and unsatisfactory while the hostels facilities are in total mess.
In the model schools, students are made to pay twenty-five thousand naira (N25, 000) per term as feeding allowance while government makes out for the tuition fee. Our investigation revealed that the quality of food being served is nothing to write home about and there is unnecessary delay in their feeding despite paying such amount as boarding fee as against the meagre N10, 000.00 our search revealed are paid in Federal Government Colleges where the boarders are not seen to be malnourished and are even given better delicacies when compared to what obtains in many of the Lagos State Model Colleges where the feeding quality and regimen are less than that of prison inmates. 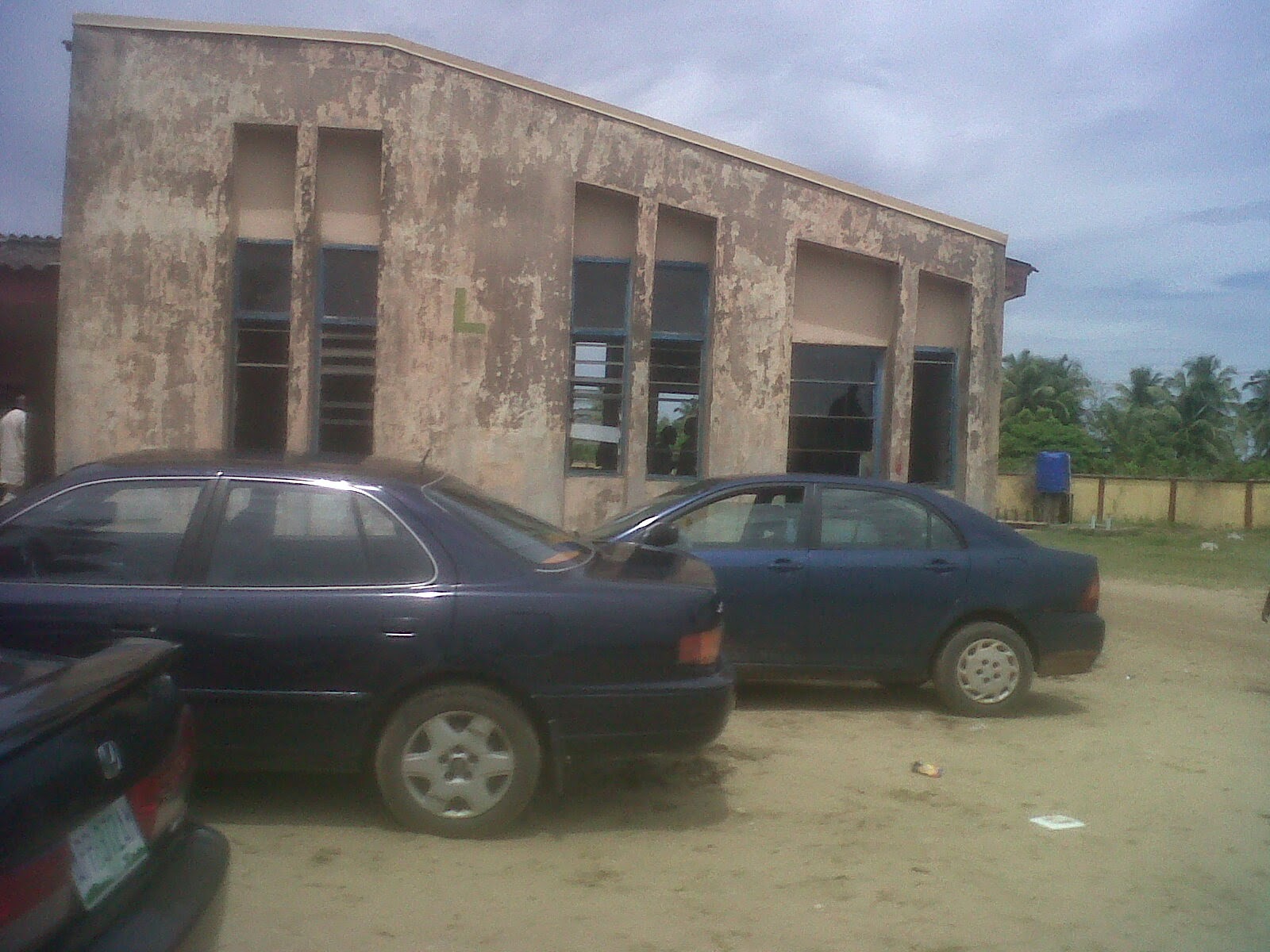 Our investigation further revealed that only few textbooks are being distributed to some very few lucky students, even the branded exercise books are for sale. Cardigan, uniforms, stocks, plates for food, cup, insecticides, soap and cutlery are brunt to be borne by parents.
Lagos State Model Colleges are schools where levies are being awarded to parents and wards under array of guises. For instance, at the Lagos State Model College, Badagry, parents were asked to pay a sum of two thousand naira (N2,000), for each student for security against possible invasion of the Boko Haram insurgents few weeks ago. Trust Nigerian parents!  With the recent kidnap of the 234 girls in a Government Secondary School, Chibok, Borno State and the attendant threat by the rampaging sect to persevere in their sordid act, parents response to the payment was overwhelming. However, since the levy was paid in April, there was neither police presence nor a change in school security arrangement as at this last Sunday our team visited the school.
At Lagos Model College, Meiran, our findings show that the school authority sends letters to parents and organisations soliciting funds towards the celebration of the Annual Inter-House Sports Competitions despite government funding of such programmes. Sometimes the school authorities cause student officers to sign such fund solicitation letter.
More to the worry of parents in the model schools is the gory state of facilities in the schools. The pit toilets provided for the students are unkempt, leading many smart students to making use of the surrounding bushes as convenience at the risk of their lives. The kitchen where the food for almost 4000 student is being cooked is, succinctly put, horrible. As it stands, majority of the parents have resolved to making extra arrangement to cater for food for their wards. 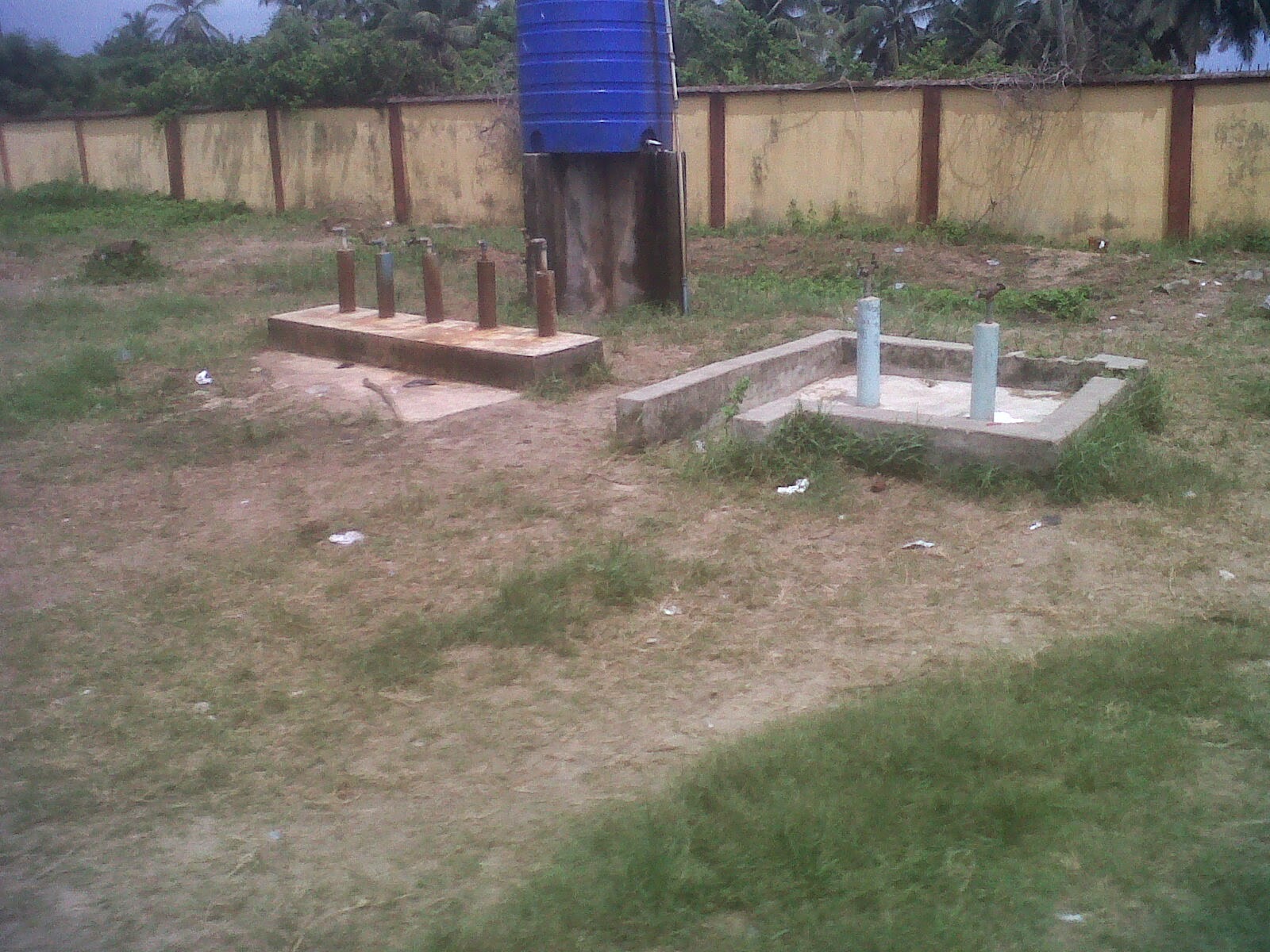 According to a student who spoke with our team on condition of anonymity, “Here is a glorified prison. The food we are given is very small and lacking in nutrition. Sometimes we are given porridge beans and garri as breakfast. So, what our parents do is to arrange some money with our house masters which we draw on daily basis. Extra arrangements are also made with the operators of kiosk in the school premises who sell provisions and food to augment the peanut we get from our dining hall,” she said.

After the nauseating and horrible experience of the day time which ranges from poor feeding, terrible class environment to unhygienic toilet facilities, night experience for the students is as hell. Bed bugs have taken over the hostels and almost sack the student from their abode if there are alternatives.  To every student, the night has been a bore as most of them lay awake all night long as a result of the parasitic bites of mosquitoes and bed bugs. Parents often wonder why the situation persists despite the fact that every student, as a matter of must, have to return with long and short brooms, insecticides, air fresheners, disinfectants, toilet rolls and other things that guarantee healthy living, at the point of resumption for each term.
“Hear the account of a parent: “Everything about the model schools suggests the inconsistency of the government that set it up. Here, education is said to be free, yet we pay more than they pay in private schools, indirectly. The facilities are in shambles and these young chaps are made to go through a very difficult time for a systemic failure they did not cause. Government have to rise up to this situation or phase out the model schools because if things should continue this way, epidemic is not far in sight.” 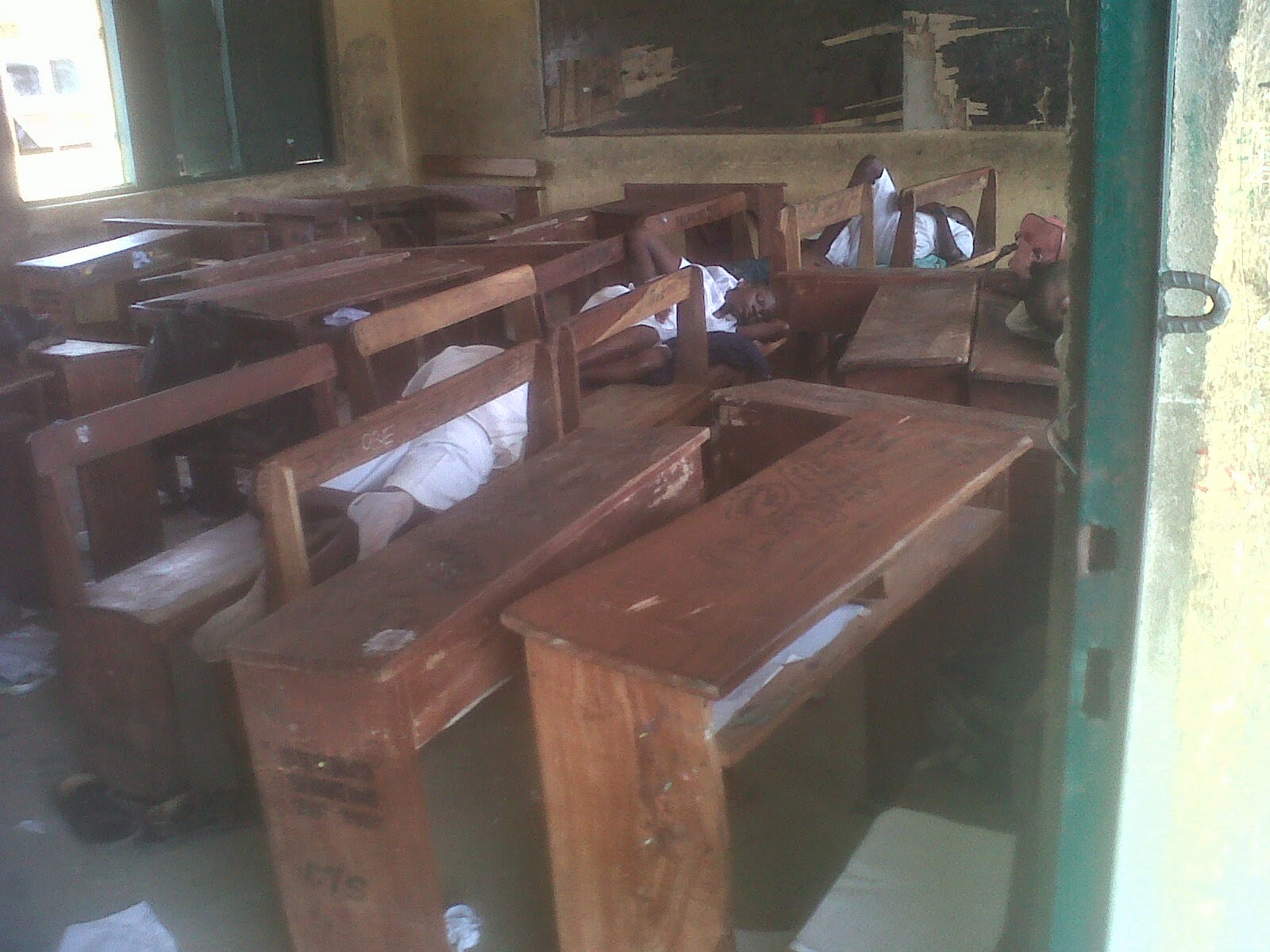 Some parents also revealed to our team of investigators that the welfare and the health of the students are not well taken care of. There is inadequate supply of drugs to the sick bay to the extent that parents of sick students are always contacted to come and take their wards to private clinics instead of the school authorities taking such cases to government hospitals.
This was buttressed with the case of a 16-year old Adeleke Sodiq, a former Sports Prefect of Lagos State Model College, Meiran who was reported to have played the bearer of the ceremonial touch-of-unity during the inter-house sports event of the school on December 6, 2012. It was reported that during the long process of the touch-bearing exercise that the poor boy suffered severe burns to his right hand as a result of the intensity of the heat from the metallic touch. Adeleke promptly reported to the school authority which did not take any proactive measure towards alleviating the young man’s sufferings.
Our organisation took the case up and we exchanged series of correspondences with the Lagos State Governor, Mr. Babatunde Raji Fashola, the Honourable Commissioner for Education and her Health Ministry counterpart. It is so disheartening to reveal that despite the intervention of the Lagos State Governor, the corrective surgery is yet to be carried out on the poor boy since June, 2013.
Our investigation however revealed that the model school started well but derailed when recruitment of students escalated without serious measure put in place by Lagos State government to beef up facilities to accommodate the growing number of intakes.
“There is no control measure over the number of intakes. The teachers, politicians, people in government, all use their influence to bring all manner of students into the school. Today things have gotten out of hand as Lagos government is not subsidising enough to accommodate the number of admitted students. In most cases, it is the Parents’ Association that builds classes and provides enabling environment that can at least, keep the system running,” says a parent.
As the situation persists, underprivileged students and those with busy (uncaring) parents have only one thing to fall back upon to keep going under the harsh situation: breaking the lockers of those that are cared for to keep body and soul intact. But as the petty robbery lasts in the hostels, the innocent and the feeble bears the brunt, causing more pain and additional financial burden to a section of parents. 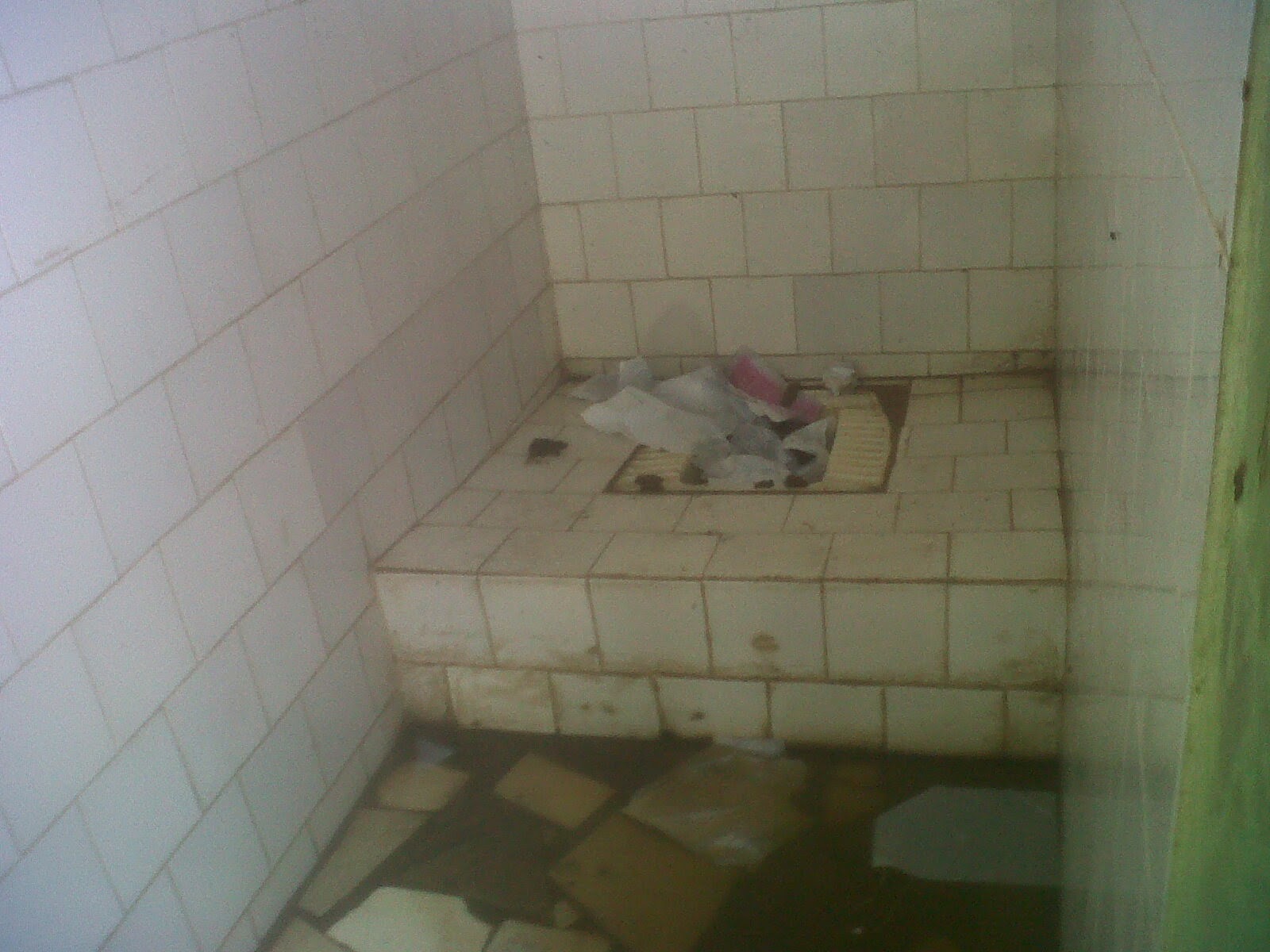 Being the report of an investigation carried out by Child Help In Legal Defence of Rights to Education in Nigeria (CHILDREN) Project on Lagos State Model Colleges.

2015: We Have No Business With Militants —Rivers APC