The Contentious Issue of Igbo Presidency: What Ohanaeze Must Tell Jonathan- 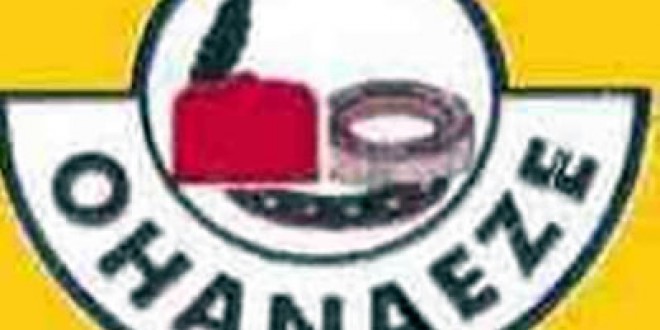 Being An Address Presented By Rev Obinna Akukwe on the Occasion of Colloquium in Honor of Ambassador Raph Uwechue, Late President of

Ohanaeze Ndigbo Worldwide on the 8th of May, 2014, at Ohanaeze Ndigbo National
Secretariat, Park Avenue Enugu
The President General Ohanaeze
Ndigbo, Chief Gari Gariwey
The Distinguished Members of NEC of
Ohanaeze
The Distinguished Members of Imeobi
Ohanaeze
My Lords Temporal and
Spiritual
Distinguished Guests,
Ladies and Gentlemen
Today, we are gathered together to celebrate the demise of Ambassador Raph Uwechue, a beloved Igbo Leader and former president of this apex Igbo Organization.  Ambassador Uwechue believed in the actualization of Igbo Presidency after the turn of the South-South. He told me that on a few occasions we had discussions on the topic. As we remember the ideals of this Igbo Icon, who refused to betray Biafra during the unfortunate civil war, despite entreaties from Nigeria, the best farewell we can give to this great son is to stand by the ideals of Igbo Presidency after Jonathan tenure for which he stood.
Presently, Igbos are at verbal war with their Hausa/Fulani neighbors especially since the Boko Haram crisis began. They are also at war with their Yoruba neighbor especially after the inhuman deportation of Igbos in the dead of the night. The only sections of the country the Igbos are at peace with are the Middle Belt and Minority Christians of the North and our brothers in the South- South and Niger Delta.
The pertinent question is, is the Igbo-South South Alliance enough to guarantee an Igbo Presidency by 2019, i.e. after Jonathan’s tenure?
Have the Yoruba and South –West not cleverly reached out to our traditional allies in the North with the purpose of boosting their other chances at the presidency while the Igbos are yet to concretize arrangements with the South-South that they will support an Igbo presidency after Jonathan’s tenure? Is there any agreement between Igbo elders, elites and that of the South-South that after the tenure of Jonathan, they will support the emergence of an Igbo man as President?
I know that no such agreement ever existed, either orally or written and I challenge any Igbo leader to prove otherwise. I asked Ambassador Uwechue and Prof Nduka Eya ex President and Secretary General of Ohanaeze Ndigbo respectively at different occasions whether there is any agreement and they both affirmed that none ever existed.
I have also asked other notable Igbo leaders and South-South leaders and they all believed that no such thing existed. Therefore, on what basis do the Igbo believe that Jonathan will stick his neck for Igbo Presidency after his tenure elapses? 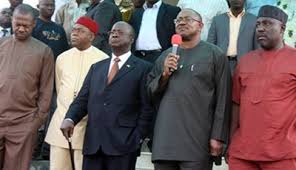 Ndigbo is building hope on Igbo Presidency after Jonathan based on assumptions, the manner we believed that Obafemi Awolowo will declare an Oduduwa republic and the consequences cost us 2 million souls and another 50 years of slavery in Nigeria.
I have been a gospel missionary who have traversed most Muslim States of the North, including interior villages, and I know that the average Hausa-Fulani sees Jonathan Presidency as Igbo Presidency. Governor Nyako of Adamawa State spoke the minds of his Northern colleagues in his infamous memo to Mr. President. During the period Boko Haram was bombing Kano with abandon and destroying Igbo lives and properties, I visited the place first under the commission of Igbo Church Leaders. I visited Kano again under the commission of Ohanaeze Ndigbo Abuja  and its popular organs and later media activists and professionals of Igbo extraction asked me to verify the current state of Ndigbo. I know that Igbos in the far north constantly gets recriminated for any perceived mistakes of Jonathan. A greater section of Yoruba also sees Jonathan as another Igbo President. Therefore, the Igbo are carrying the sins of Jonathan but are they reaping enough benefits from his presidency.
The solutions to some of the posers include the following: Igbo leaders must seek a commitment from President Jonathan and the South-South people that after abandoning their quest for Igbo Presidency in 2015 for them, they will commit themselves to the same for Igbo in 2019.
Igbo leaders must ensure that the hoax called Enugu International Airport, which had failed to attract notable foreign airlines because they judged the existing infrastructure as of very poor standard, is urgently upgraded to boost commerce in the South East and turn the region to an economic hub.
Igbo leaders must ensure that the fraudulent construction of second Niger Bridge which will be tolled for 20 years is stopped forthwith. For our support for Jonathan, we should have a toll free Niger Bridge constructed with Federal Government money, not this private public-private partnershp meant to enslave Ndigbo.
Igbo leaders must ensure a speedy dredging and construction of internationally standardized Seaport in Onitsha, Oba, Oguta or wherever, to provide enough commerce boost for our people and stop jobless youth getting involved n armed  robbery and kidnapping.
Igbo leaders must ensure that a brand new Enugu-Onitsha, Enugu-Port Harcourt and Enugu Nsukka highway, that meets approved standard, is constructed without delay.
Igbos have sacrificed 2015 presidency for Jonathan, we must pursue a commitment from him in terms of these infrastructures as a matter of urgency, peradventure, if Boko Haram and Fulani Herdsmen succeeds in breaking up Nigeria before that 2019, Ningbo will not have gone home empty handed.
May His
Soul Rest in Peace
God Bless You All
Rev Obinna Akukwe
Media Columnist, Social Activist and Church Leader
[email protected]

President Jonathan; Quit Now! There Are So Much Blood Stains On Your Hands