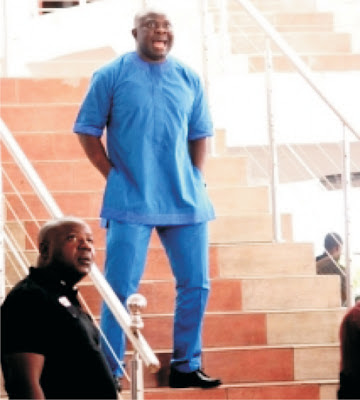 The Rivers State Chapter of the All Progressives Congress (APC) has warned the leader of the six rebel lawmakers in the state, Hon. Evans Bipi, to desist from further parading himself as Speaker of the State House of Assembly or risk spending his Christmas in the prison.
APC Interim State Chairman, Dr. Davies Ibiamu Ikanya, said in a statement issued today in Port Harcourt: “Hon. Bipi is obviously playing with fire as he has been barred from parading himself as Speaker by a court of competent jurisdiction.
The order of the High Court of Rivers State, Ahoada Judicial Division given on Monday, December 16, 2013, is unequivocal. He should also note that none of his undemocratic sponsors will come to his aid when he is committed to prison.
Subscribe to our newsletter
“His Lordship Hon. Justice C. N. Wali in his judgement did not only bar Hon. Bipi but also declared that we have one single House of Assembly in Rivers State under the leadership of Rt. Hon. Otelemaba Amachree. We expect the rebel lawmakers to fall in line and respect the leadership of the House and avoid further heating up of the polity. They should come to terms with the fact that their plot has failed like a pack of cards.”

Dr. Ikanya described as an abomination the attempt by Hon. Bipi to desecrate the temple of justice by treating the clear declaration of the Ahoada High Court with contempt.
“It was shocking to see in the dailies, Hon. Bipi, in total disdain of court judgement, sign the birthday congratulatory advert for Supervising Minister of Education, Chief Nyesome Wike, as Speaker of the Rivers State House of Assembly. This is a slap on the face of the judiciary and will not be tolerated as the Rivers State APC will do everything legally possible to see that he pays dearly for any such affront on the judiciary,” Dr. Ikanya stated.
The APC Interim State Chairman congratulated Rt. Hon. Otelemaba Amachree for his court victory which re-confirmed him, the leader of the 25 loyal lawmakers, as the rightful speaker of the State House of Assembly

Beyond The Permanent Crisis Of Elite Rule [PDP, APC, Cross Carpetting, And Letter Writing]; The Urgent Need For Radical Rupture With Tradition And Convenetion! By Jaye Gaskia