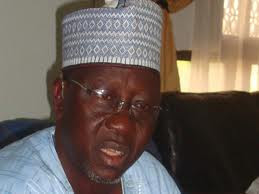 Martin Luther King Jr. once said that “In the end, we will remember not the words of our enemies, but the silence of our friends”.
Subscribe to our newsletter
The leadership crisis rocking the national body of the Nasarawa State Students’ Association (NASSA) reached its peak on Friday, 6th September, 2013 as more troubles erupted over whom to be recognized as the authentic Chairman of the constituted caretaker committee.
In what is quite analogous and pretty similar to the crisis of the National Youth Council of Nigeria (NYCN), the national body of Nasarawa State Students’ Association (NASSA) has also been factionalized courtesy of alleged political involvements and underhand dealings of Governor Almakura, the Commissioner for Higher Education, Mr Philip T. Shekwo; the Special Assistant to Nasarawa State Governor on Student Matters, Kasim Muhammed Kasim, and a section of past and present student leaders in Nasarawa State.
It is no longer news that Governor Almakura ,the Nasarawa State Ministry of Higher Education and the SA to the Governor on Student Matters are plotting to use the association to further their political ambitions come 2015, and are therefore responsible for the split.
A document from the outgoing National Executives which was signed by Lucky Yargwa and Thomas Ezekiel Averson, the National Vice President and National Public Relations Officer respectively, states categorically that the meeting which produced Friday Chorio from Nasarawa State University (one of the factional leaders), was marred by intimidation, harassment and threat from Kasim Muhammed Kasim, the SA to the Governor on Student Matters with the satanic assistant of the Ministry for Higher Education.
This statement was also contained in the communiqué issued at the end of the convention at the Nasarawa State Polytechnic Lafia.
Despite the fact and evidence that Nasir Abdullahi from Ahmadu Bello University, Zaria is the authentic caretaker committee Chairman recognized by the outgoing National Executives of NASSA, and moreover, endorsed and acknowledged by the entirety of the authentic students in Nasarawa State, it’s preposterous, laughable and incongruous to realize that Mr Kasim, the Nasarawa State Ministry of Higher Education, and Gov. Almakura’s cohorts are using all means available, including intimidation, to impose their puppets cum loyalists, with the collaboration of some thugs.
Nasarawa State Students Association is an association blanketed in peace, unity and tranquillity since the creation of Nasarawa State until the emergence of Kasim Muhammed Kasim as the Special Assistant to the Governor on Student Matters. In the history of student associations in Nasarawa State and Nigeria at large, the Government has never imposed any individual as leaders.

The truth is incontrovertible. Malice may attack it, ignorance may deride it, but in the end, there it is, so said Winston Churchil.
Without gainsay or animosity for or against anyone, I use this expensive opportunity to call on President Goodluck Jonathan,GCFR, the Inspector General of Police, M.D Abubarkar, and the Director of SSS to call Governor Almakura and his retinue of political Almajiris to order and hand off forth with, the polarization of the students association and be more concerned with issues driven toward development and be focused on people-oriented programs that is expected of a State Government.
No amount of threat, intimidation and harassment can deter us from being a law abiding citizens of  Nasarawa State nor take away stakeholdership in the students struggle as we are more than ready never to keep quite in the face of this anarchy-induced action of our State Government and Gov. Almakura’s Aides.
It is also disheartening to read that some youths on social media with promising future which are co-traveller of Mr Kasim Muhammad Kasim have already started praising Governor Almakura on the proposed scholarship that is yet to be paid to the Students of Nasarawa State.
I urge all factionalized parties to relinquish their position, self aggrandizement and join hands with the duly recognized officials.
To this end, I recognize the importance and laudable roles of the media as the conscience of the society. I state that Nigerians have never regretted your contributions to nation-building. We encourage you to be more vigilant, objective and purposeful as you continue to lead Nigeria with your pen and unbiased analysis of issues as they unfold.
I remain your feisty, dogged and committed Comrade Ibrahim Kabiru Dallah, Students Ambassador/Former Assistant Secretary General, NASSA. Writes from Lafia, Nasarawa State. @ik_dallah on twitter