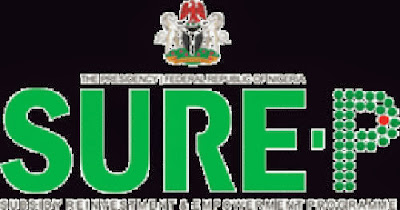 About N500bn of the Subsidy Reinvestment fund is missing, the Senate said yesterday, according to the Senate the Nigerian National Petroleum Corporation had not made account for the N32 removed as subsidy on each litre of Premium Motor Spirit (petrol) which is sold from January 2012 to September 2013.
The senate also said that NNPC Officials have refuse to honour the invitation in which it supposed to give details of it managed the accrued fund.
Subscribe to our newsletter
The alarm was raised yesterday by the Senate ad hoc committee on the Subsidy Reinvestment and Empowerment Programme .
Senator Kabiru Marafa said, a member of the committee, Senator Kabiru Marafa, added that  his committee has seen that more than N800bn should have amass for the SURE-P  projects between January 2012 and September 2013 were missing.
Senator Marafa said the fund is the N32 which is being removed from each of the 25 billion litres of fuel sold in 21 months which amounted over N800bn.

Marafa said that the amount was contained in a letter dated October 9, 2013 from the Federal Ministry of Petroleum Resources to the committee, a letter which is said to have be signed by the ministry’s Director of Finance and Accounts,  Mr. Salmanu Faskari.
Senator Marafa added; “The committee had earlier written the NNPC to ascertain the quantity of fuel sold from when the subsidy programme started till date. NNPC gave us the quantity sold from January 2012 and September 2013, covering 21 months. If you add everything together,  it will amount to about 25 billion litres and if you multiply 25 billion litres by N32, you get about N800bn. What SURE-P coordinators told us when they appeared before us was that they had so far  collected about N300bn since the subsidy removal regime started.”
Speaking further Marafa said; “The SURE-P team led by Mr. Christopher Kolade said they were receiving N15bn flat rate every month. If you multiply 21 months by N15bn, it will be about N350bn. What we are even asking is what happened to the over N500bn difference. That is what we ask the NNPC to come and tell us. We were also disappointed that the CBN was not here because they are the custodian of the fund. They should come and account for how they came about the N15bn they were remitting every month when it was not the same quantity of fuel they were selling every month.”
“The figure cannot be a flat rate. Based on the figure which the ministry supplied, in January this year, the nation consumed about 1.3 billion litres of petrol but it had dropped to 770, 695, 645 in September 2013.”
Meanwhile the Chairman of the Adhoc Committee,  Senator Abdul Ningi, also warned that they will use all legal means to bring the affected officials before the committee.