Rivers Group Scolds Amaechi, Over His Comment That President Jonathan Is Only Developing Biafrans 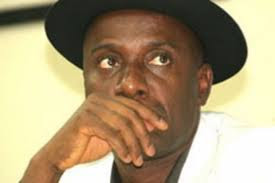 Subscribe to our newsletter
A group known as Ikwerre Development Coalition has berated the Rivers State Governor, Rotimi Amaechi over a comment he made in an interview with AIT Television where the Governor accused President Goodluck Jonathan of developing Biafran People and neglecting his State Rivers State.
The Governor Amaechi in an interview with AIT television said that, President Jonathan has developed Abia, and Imo but he refused to develop Rivers. Are we Biafrans?” –

The group, in a statement by its statement by its Convener, Hilary Wosu regretted that Governor Amaechi is grappling with the reality of having lost the support of the people who have refused to defect to APC with him and are vehemently in support of Jonathan.
Wosu said: “The people of the South-East are our blood and geographical brothers. What Jonathan is doing in the South-East, he is doing in Rivers State. The President is constructing the Elele-PH road which is nearing completion, he is constructing the East-West road to be finished in 2014, he rehabilitating the PH-Enugu road, he has built the Law Faculty at Uniport which had none for over 30years and he has also built the complete structure for the Faculty of Biological Sciences.
“The reconstruction of the PH International airport will be concluded this year, while he has constructed a brand new Girl-Child Model School in PH and also two electronic libraries at the Federal Government College, PH and Federal Government Girls College, Abolema. Need we mention the laboratories and classroom bocks built at the Federal College of Education (Technical) Omoku.”
He, however, said that at least Governor Amaechi has recognised the marvelous work the President was doing in his neighbouring states, even though he denies the obvious work being done in Rivers state.
“Thank God we are seeing while Amaechi remains blind. The truth is that he is being deceived by the unrealizable promise that he would be a Vice President. He lost out in the mainstream, and he can only continue to cry as is the culture of the APC”, he added.