Reflections On The Chibok Girls ,By Denja Yaqub 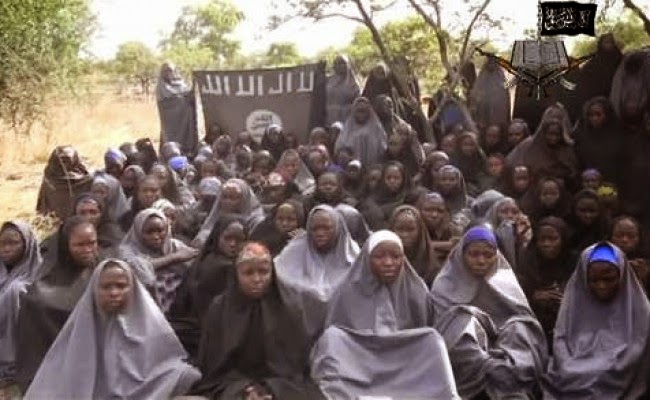 Over ninety days since young (Nigerian) girls were abducted from their school; Government Girls Secondary School, Chibok, Borno State, north east Nigeria on April 14 2014, no success has been glaring on efforts to rescue the girls despite global outrage and promises by foreign governments, including global powers such as the United States, to get the girls out of captivity.
Indeed, a former Nigerian President, Olusegun Obasanjo was quoted in recent media reports to have said the failure of the Nigerian security forces to rescue the girls almost instantly after their abduction was because they never got directives to take such action since the Presidency didn’t believe the girls were truly seized until the massive global condemnation, two weeks after.
Subscribe to our newsletter
Some organisations, including trade unions, the news media, political parties and outspoken individuals within and outside Nigeria have been loud in demanding for the safe rescue of these girls. Indeed, some organisations formed the BringBackOurGirls Coalition to sustain daily picket at the (Unity Fountain) in Abuja. Mass protests have been held in Lagos by civil society organisations. The Nigeria Union of Teachers have had protest rallies across the country.
But instructively, these protests, especially the ones held in Abuja faced attacks from security agencies; the police whose commissioner in charge of its Federal Capital Territory Command, Joseph Mbu, addressed a press conference to announce a ban on public protests within the territory. Although his order was immediately disowned by the police headquarters while the organisers of the protests are in court to seek judicial coverage, it still meant a lot more that such order could have been contemplated in the first instance given the fact that a Federal High Court in Abuja, in June 2005, had given a plausible judgement declaring that the right of association and to peaceful protests in Nigeria cannot be circumscribed by anyone, including the police. This judgement was reaffirmed by the Federal Court of Appeal in September 2013.
The abduction of these girls is not just a major security breach but a scandalous exposure of our structural ineptitude to global ridicule. This is reinforced by the over politicisation of initial reactions to the incident, which were loathed with all sorts of trivialities.
Sadly, our politicians have not seen the socio economic implications of our collective security challenges, especially the ongoing violent campaigns by the notorious cannibal called Boko Haram, a group that obviously celebrates mass murder of innocent people under the false and unjustifiable claim that they operate under the auspices of Islam in propagation of its injunction for the purpose of achieving an Islamic state authority. Of course, better informed, well respected and prominent Islamic leaders, including the Sultan of Sokoto who is the spiritual head of the country’s Supreme Council for Islamic Affairs, have authoritatively debunked the claims of these adventurers.
The initial attitude of our government to this group perhaps expose official inclination to security as an item obviously considered less important despite huge budgetary allocations, which perhaps suggest such allocations are mere conduits for other purposes other than arresting insecurity.
Statements such as “Boko Haram is a faceless group” or “may be its our turn to have suicide bombings” which are statements credited to our country’s Commander in Chief and President obviously underestimated the threats, capabilities and realities of the dangers posed by the terror gang.

With the strength and efficiency of Nigeria’s security agencies, as attested to by the evident competencies displayed in peace keeping activities in other countries, it is clear that given the right directions and with non partisan commitments, perhaps terrorism would have been nipped before it took the country hostage. The fact is that with these attacks, the economy of the entire country is in spider speed.
The attitude of some countries to our agony obviously underscores and also exposes our collective lacklustre preparedness to confront terror. Terror, as against other violent hostilities, is indeed a crime against humanity and cannot be fought without communal participation. And sadly, key policy makers in Nigeria seem to believe foreign countries, especially those that have been under such attacks are the ones to route terrorism out of our country. Perhaps, not so. Some of these countries have interests other than fighting terrorism. There are underlying political and economic interests.
Terrorism is the worst of guerrilla warfare because it lacks popular ideological coloration. And only popular politics or popular political leadership or put simply, pro people governments can attract effective communal involvement in the battle against terrorism, which in itself is a result of bad governance or wrong attitude by governments to public management.
Terror attacks seem more like a response to governance. And that is perhaps why people will positively respond in collective resistance in some countries and won’t in some others. It is worst when a government and its security forces become befuddled with partisan views and reactions to such attacks. Obviously, this is Nigeria’s dilemma. The attacks and the reactions have been politicised or even ethnicised. This is a major threat to our collective aspirations for a strong, united and well governed country.
The Chibok Girls disappearance, just like the safety of all residents, should have taken prime attention before any other consideration by any government, no matter its political affiliation. But, the truth is until our political leaders reason beyond the visionless claps of hollow political supporters, even the security agencies may be seen as aiding opposition when they do their jobs in accordance with their professional competence.
What is required to govern a country is not likely to include discriminative understanding of grave national challenges by state officials. A national challenge does not bear tribal marks or emblems of political parties. What is required is to confront the challenges as a government while the citizens react as patriots who must see their individual and collective stake in the struggle against those challenges.
What the public and particularly the parents and friends of the kidnapped girls want to hear are not statements such as “we have located the Chibok girls” as the Nigerian military was quoted to have initially announced. Or that “we are closing in on the location of the Chibok girls”. No. Perhaps those empowered to rescue the girls should tell us less of the location. Go quietly and bring back the girls unharmed.
Denja Yaqub is an Assistant Secretary at the headquarters of Nigeria Labour Congress