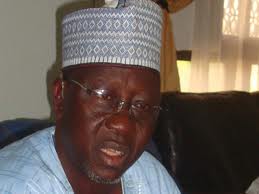 Governor Tanko Al-Makura has said that the move to take out the All Progressive Congress (APC) before 2015 elections will not make it in Nasarawa State.
Speaking through his Senior Special Assistant on Public Affairs, Abdulhamid Yakubu Kwarra, the Special Assistant yesterday told reporters in Jos, Plateau State Capital said; “The Federal Government and the Peoples Democratic Party (PDP) are on a mission to kill all opposition parties before 2015 election in a desperate move to win election in 2015. With the rising political profile of APC, the chances of PDP and President  Jonathan in 2015 is getting slimmer each day, it is obvious PDP or President Jonathan has no chance at all, hence they have launched a persecution of the major opposition party APC to achieve their aims. They are now instigating Members of the Nasarawa State House of Assembly to impeach Governor Tanko Al-Makura, just as they did in Adamawa State.
Subscribe to our newsletter
“But, I want to assure them, they will not succeed in the case of Nasarawa State because the people who elected Al-Makura are going to come out to resist this impunity. Nigerians should know that this is the 9th impeachment move on Governor Al-Makura. They have tried it eight other times, but this is the first time they are making move to serve impeachment notice on the governor.

“If the move is borne out of malice, it will definitely fail, but if it is based on genuine cause, that is only way it will succeed. But in doing so, the law makers should make sure they do not abuse the procedures. What we saw happened in Adamawa State in the name of impeachment will not stand.  I see the judiciary reversing the whole thing because it was done in clear abuse of legal procedures.”
Kwarra, who is former Majority Leader of Nasarawa State House of Assembly, said:  “The relationship between the Executive and the legislature in Nasararwa State has been mutual in the last three years.  This impeachment move is based on external factor;  it is all about 2015 election. PDP is just desperate to take Nasarawa State from the grip of APC.
“The authority in Abuja wants it by all means and at all cost.  They are threatened by the formidable opposition party in this country and they are doing everything to retain power, despite the fact that they are a collateral failure with all the challenges and parts of their master plan is to destabilise APC control states.
“What PDP is doing amounts to a declaration of the war on the people of Nigeria and they way they are going about it, the thing may consume all of us if care is not taken.”

NIMC Sacked Staff Yet To Receive Severance Package One Year After

Pres. Jonathan Embarrassed Nigeria By Waiting To Be Goaded By Malala To Meet Chibok Parents – APC