NIMC Sacked Staff Yet To Receive Severance Package One Year After 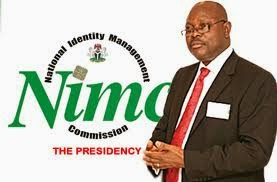 Subscribe to our newsletter
On July 24th2013, the Senate of the Federal Republic ordered the Director General of the National Identity Management Commission, NIMC Chris Onyemenam after the Senate the sack of 3,000 National Identity Management Commission (NIMC) workers.
In the way, the upper chamber also directed NIMC to reinstate 96 disengaged officials of the commission, according to the Senate its directive was based on the consideration and adoption of the report of the Joint Committee that considered the petition by 4,029 disengaged members of staff.
According the Senate, each disengaged person be paid one year salary as take-home severance allowance using the same formula that produced the earlier approved package. The package was according to Senate to N621, 953.00 as the lowest and N1, 441,735.60 as the highest.
However, universalreporters gathered almost one year after, these disengaged staff are yet to receive kobo as their severance pay package, from the commission as directed by the Senate, thereby causing more hardships and untold difficulties to the sacked workers.
It will be recalled the last that the workers did a peaceful demonstration over their unpaid payment was in September last year, since then the DG has blocked every avenue for the carry out a demonstration against him, so that the media will not carry the news and the whole world will not know.
According to one of the aggrieved sacked workers who pleaded anonymity, while speaking to universalreportershas this to say; “when we went to the FCT Commissioner of Police who handed over to the current FCT Police Commissioner Mbu, he refused to give us permit to carry out a peaceful demonstration, as he asserts that due to the security situation in the country, they will grant them permit to carry out peaceful demonstration.”
In their demonstration last year September while speaking to newsmen leader of the disengaged staff, Mr. Fidelis Ushei, accused the Director General of refusing to pay them their entitlements despite the approval by the National Assembly and the promise he made to them on it.

“We had about three meetings with him [DG] and promised our delegation including me that he will pay us. But up till now he refuses despite the letters we have been writing to remind him on the promise he made to us,” he said.
Meanwhile universalreportersgathered from a source in the Corporate Communications Department of the Commission who spoke on condition of anonymity said they are aware of the National Assembly approval of the payment but there is no directive from the presidency. He said that there was no money provided to settle the disengaged staff for now.
Meanwhile, this medium gathered that from a source that; “the DG employs only those who are closest to him, his family members, his Church members, his extended relations etc.”
Moreover it was gathered that even after he sacked people he claimed to have low qualification he went ahead to hired people of the same low qualification as the people who were sacked.
Many of this affected staff applied to further their studies but the management never approved their applications, some whose application was approved are still in school yet were sacked as well.
More so a source told this medium that the Director General has boasted that even if the affected staff protest or go to court, it will make no difference since he has already blocked all places.
Meanwhile entreaties taken to the National Assembly to help get their monies paid to them has not yielded any positive results, even as the National Assembly were the ones that gave the directive to the Director General to pay the affected staff their money. The Senate has refused to help in their pleas, even as the House of Representatives has also put a deaf ear to them.