Our Invitation By EFCC Was A Game Plan Of Governor Al-Makura By Rabiu Omaku, 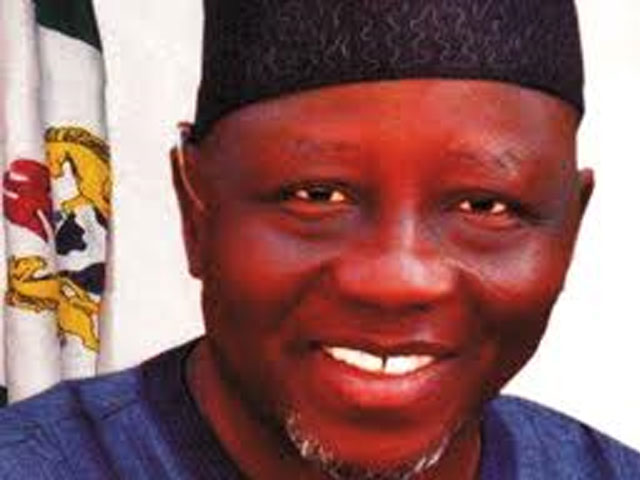 Subscribe to our newsletter
A lawmaker in the Nasarawa state House of Assembly, Honorable Raphael Dogara Saa’ka  has described the ongoing invitation of members of the NSHA ascribed the development as a game of plot by the chief executive, Umaru Tanko Al-Makura.
Raphael representing kokona East and chairman House committee on education, Science and Technology fingered Governor Al-Makura has the prime suspect in the plot.
“We know who orchestrated the dirty deal, quote and put my name in print that Al-Makura plans this against us, I have no regret revealing this.
Impeccable source unveiled that no fewer than twelve (12) member has so far  been investigated over financial incongruity barely three years in office, The last member that was lastly invited as at the time of filing this report is Honorable Raphael Dogara Saa’ka.
The lawmaker while reacting to a revelation by a Lagos-based Non-Governmental Organization rating the NSHA members as the highest paid lawmakers in the country described the unfolding report as a mere figment of an imagination.
“Is not true that we are the highest paid lawmakers out of the 36 states of the federation, looking at the financial status of the state been a pro-poor state.
“We are the second state with the least monthly grant from the federation, where is the Governor getting the colossal salary and allowances to pay us”.
The Honorable member when asked to present a copy of his monthly pay-slip decline the request, “Our basic salary is N500, 000 excluding other allowances, disregarding the revelation that a lawmaker earned N4, 000 000m as was rightly said.
Any moment a constituency allowance was given to members you will see thugs trouping into the assembly, There informant was at the seat of power.
It would be recalled that Governor Umaru Tanko Al-Makura in his policy statement averred that 99 percent of Nasarawa state budget goes to the lawmakers, this position continued to generate public commentary.
The chairman House committee on Information and Security, Honorable Mohammed Baba Ibaku when contacted to comment on  the position of a Lagos-based NGO that the twenty  four members collected a whooping N100m as monthly salary .
Ibaku also refuted the budgeting of N184, 000 as constituency water project, He also debunked the N1.1bn been money for the expansion and equipping of House of Assembly complex.
The House of Assembly was also allege for housing illegal workforce in the name of casual workers, It was reveal top functionaries are in the habit of collecting money of phantom workers in the Assembly.
It was reliably gathered some top functionaries employed their wards which are under graduate were given employment while some casual workers that put up to six years in service were yet to be given a confirmation letter.
Pundit from the state Assembly confided that money to the tune of N5, 000000 goes to the salary of casual workers; a senior staff in the Assembly who pleaded anonymity confirmed that the House of Assembly was a cesspit of corruption; she described the Assembly as worst institution than the Local Government system.
It could be recalled that Civil Society Network Against Corruption (CSNAC) report that Nasarawa State House of Assembly is a cesspit for corruption continued to generate public reaction over the monthly salaries earned by the 24 members, It was reveal that over N3.5bn was voted to the Nasarawa State House of Assembly out of the N107bn assented by Governor Umaru Tanko Al-Makura as 2013 Budget of Redemption 2.
The Governor of Nasarawa State positively responded to request for information under the freedom of Information Act 2011.In a letter dated September 9, the Civil Society Network Against Corruption (CSNAC) drew the
Governor Al-Makura’s attention to reports in volume 41 No.08 of The News Magazine, dated September 2, 2013 and the Nigerian News world of same day bothering on corruption lush in the activities and allowances of members of the State House of Assembly.

The two separate reports chronicled the misapplication and management of fund for the exclusive benefit of the State Legislators. Nasarawa state, according to 2006 population figures, has a population of 2,040,097.
The National Demographic and Health Survey (NDHS 2003) puts the Maternal Mortality Ratio (MMR), at 984/100,000.The Infant Mortality Rate (MR) in the State is about 103/1000 live births. The HIV/AIDS prevalence rate in Nasarawa State is 6.3%. The immunization coverage for the State, as provided by the state Ministry of Health, is only 43%.
While 57% of children are not immunized. Forty-four Percent of children in Nasarawa State under age 5 are stunted (too short for their age).
Nasarawa poverty incidence is relatively high at 39%, meaning, more than one out of every three persons is poor, compared to one in seven for Lagos State. It has an unemployment level of 21.6% similar to the national average of 21.1%, as compiled by the NBS in 2010.The figure is high compared to Ekiti State (14%) which was created in the same year.
In a letter dated October 29, the government responded to CSNAC’s demand for information on alleged legislative recklessness and fund misapplication currently pervading the State. Although the content of the letter and attachments only confirm outcomes of our
Independent investigations and allegations in the media reports on the cesspit
Of corruption in the state, It is still a commendable action on the part of the
State government in support of our quest for promotion of accountable
Governance and transparency through the FoI.
Our investigations unveiled the corruption perpetrated by the previous assembly in cohort with the last governor, Aliyu Akwe Doma, and perpetuated by the current assembly. In 2010, the salaries of the 24 legislators in the House was N30 million, with each legislator earning a little over N1 million. This amount was illegally jerked up to N100 million by the lawmakers who blackmailed the former ex-Governor, Doma. Currently, each legislator earns more than N4 million per month.
Nasarawa legislators, during the last regime, have demanded that the contract for the renovation and expansion of the State House of Assembly Complex be awarded to them, leading to upward review of the contract twice, originally awarded in December, 2008 for N1, 764, 695,742.97, reviewed upward in January 2010 by N633, 610,926.36 and finally in May 27, 2011 by N471, 558,372.86 bringing it to a total of N2.869,865,042.80 billion contract sum.
With the ominous State of abject poverty in the state and lack of basic infrastructure, each Member of Parliament in the state coasts home with an annually N10M for foreign trips, N30M for Constituency Projects, and monthly salary of N4m.
CSNAC had approached the governor, under sec 2, 3,and 4 of the Freedom of Information (FOI) Act, for the following;
1. Evidence(s) of progress report and status of
payment for the construction of the new Nasarawa State House of Assembly
Complex to date.
2. The total budgetary allocation released to
Members of Nasarawa State House of Assembly for Constituency Projects and
Monthly allowances in the last 2 years.
3. Certificate of completion issued to legislators For projects under the quarterly constituency Project allocations.
4. Contracts awarded under the Millennium Development Goal and contractors in the projects. In a response that confirms and validates Information at the Network’s disposal, the government responded after 21 days
With documents relevant to demands in (1) and (2) above and advised the network to seek relevant documents and information concerning (3) and (4) from the Assembly Clerk.
CSNAC, on behalf of the Civil Society Community, wishes to commend the Governor of Nasarawa State for leading the pack in respecting the FoI Act. We shall look forward to similar positive response from the Clerk of the House in our further demand for transparency and accountability.