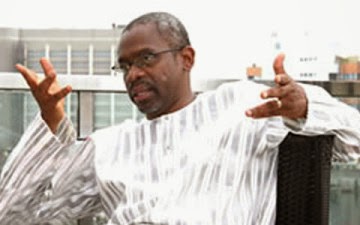 The Minority Leader of House of Representatives, Femi Gbajabiamila has described call by INEC Chairman, Prof. Attahiru Jega urging Osun voters to ignore earlier advise made by APC Gubernatorial candidate, Rauf Aregbesola as “unlawful and bias”
Aregbesola during APC mega rally last Tuesday in Oshogbo implored Osun voters to copy serial number of their allotted ballot paper and capture image of their ballot paper in order to truncate any attempt to rig the forthcoming election in the state.
Subscribe to our newsletter
The APC leader in the House of Representatives in a statement signed his research and media aide, Wasiu Olanrewaju-Smart, on Thursday said , ” Professor Jega is not to interpret the provisions of any law passed by the National Assembly. Our courts constitutionally continue to enjoy and exercise that exclusive preserve. What is more worrisome is that the instruction was meant to make rigging more difficult for the PDP. PDP has not said a word (at least not yet) about this but instead it is a supposed unbiased electoral umpire that comes out firing from all cylinders. It sounds like a case of one crying more than the bereaved.”
Gbajabiamila said contrary to the position by INEC, the commission should embrace the lawful advise made by Aregbesola since it would help the commission achieve it objective of conducting a free and fair election. “Indeed INEC in the converse should applaud this development because it reduces the stress on it and the burden of proving that an election was regular and fair.”
The lawmaker also said the intent of the legislature in drafting the electoral act is to ensure transparency. “when we drafted this section of the law, it was to ensure that voters were not intimidated or induced whilst casting their votes. If after you cast your vote you take a picture of it for the records, posterity, and transparency, you cannot be said to have violated section 125 of Electoral Act (as amended).”
“Even a cursory look at the Electoral Act from the beginning to the end shows a clear intent on the legislature to ensure transparency. That is the theme of the Act. Now the section 125 of Electoral Act quoted copiously by the chairman is very clear as to its applicability and the meaning of secret voting. The section refers to third persons and not to the voter.”
“Moving beyond the law,  one question I would want the chairman of INEC to answer is this, what harm would it cause for a voter to take a picture of his ballot paper with his phone  and keep same in his pocket for future? What harm ? What does the system or INEC lose ?
“It’s only an offense for the voter, to disclose who he intends to or voted for to any other person and not to himself. Surely, secrecy does not extend to oneself. The APC charge tells the voter to take a picture of HIS one vote and keep it for the records. He need not disclose it to another person until such is necessary perhaps in an electoral or judicial dispute.”
To further drive home his legal argument, Gbajabiamila stressed that, “stretching the commonsensical meaning of secrecy to include oneself makes a mockery of our electoral law. The intent is to ensure transparency and credibility of the process. There is a sharp difference between secrecy and cultism. INEC should not make our electoral system assume the nature of a cultist process.”

“If we were to concede to the INEC chairman’s strange interpretation, how then do we count the votes in public view after the election? How then does a court or tribunal subpoena ballot papers for examination? Surely, these two instances would also violate the secrecy of the votes.”
Gbajabiamila concluded that law of evidence in Nigeria places much premium on photographic evidence in unleashing truth and serving justice.
“INEC must also understand that our laws of evidence admit and give high probative and evidential value to photographic copies if and when it will serve the cause of justice.
Finally our constitution (I believe section 67) allows every Nigerian who is above the age of 18 and who resides in Nigeria to register, vote and be voted for. There is no point in mouthing this constitutional provision if that vote cannot be guarded and protected. Intrinsic in that constitutional provision is the right to photograph your vote so it can count.  Mr Chairman, the end justifies the means. It can no longer be business as usual.”, the lawmaker added
Signed
Wasiu Olanrewaju-Smart
Research and Media Assistant to
Minority Leader, House of Representatives
Abuja
[email protected]
August 7, 2014

Where Is Magu? Used, Dumped And Forgotten?

Sunday Igboho And The Yoruba Nation

Abuja Under Siege By Bandits, But DSS, Army After Agitators In South-East