Osun Election: CACOL Differs With Jega On Voters Taking Photograph Of Their Ballots 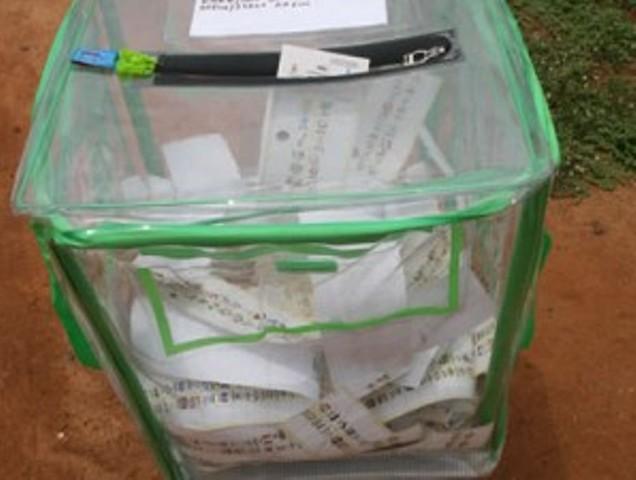 The Coalition Against Corrupt Leaders (CACOL) has disagreed with the Chairman of the Independent National Electoral Commission (INEC), Prof Attahiru Jega over his claim that taking photograph of ballot papers by voters is illegal.
The INEC Chairman, at an interactive session of political stakeholders ahead of the governorship election in Osogbo on Wednesday, said any attempt to snap ballot papers would be in violation of Section 25(1,2,3,4) of the Electoral Act, and attracts a six month jail term if caught or N100,000 or both.
Subscribe to our newsletter
This came on the heels of the directive of the All Progressives Congress to its supporters to copy the numbers of the ballot papers and take photographs after thumb printing in Saturday’s governorship election.
The APC, during its final rally on Tuesday encouraged voters to record the serial number of the ballot paper and use their phones to take a shot of the paper before leaving the poling unit. The party believe that the action would be a proactive measure to checking any attempt to rig the election.
Reacting to the issue, the Coalition through its Executive Chairman, Mr. Debo Adeniran argued that snapping of ballot paper by individual voter should not violate the secrecy of the election.
He said, “Everybody should be free to snap his own ballot paper. That shouldn’t constitute a crime. Taking photograph of your own ballot should not violate its secrecy. Basically, citizens should be allowed to take as many photographs as possible: they should be allowed to stay around to take as many photographs as they like and nobody should be intimidated except they are perpetrating evil. If INEC doesn’t have anything to hide, they shouldn’t bar people from taking photographs.  That would increase transparency. The ballot paper is the constitutional property of every voter, so should be allowed to snap his ballot, if he so wishes. It only becomes an offence if you attempt to take the photograph of other people’s ballot papers. There is virtually nothing to lose. People should be able to prove that they cast their vote, except INEC has something to hide or they are afraid the number of votes they want to count will be different from the actual votes cast or they are afraid that people will have proof that they cast their ballots in a particular way.

As a matter of fact, that is even a way to prove that people actually came out to vote. Independent observers should be allowed, even if they want to take photographs of those who came to vote. So that would serve as a proof even for the defence of INEC itself that the election was free, fair, transparent and credible.”
Likewise, Mr Adeniran warned the new Inspector General of Police, Mr. Suleiman Abba against being used by the Federal Government to perpetrate heinous crimes in the election.
”We are also lending our voice that the new IGP should not use Osun Election as a payback of his appointment because there have been feelers from some quarters that the new IGP may be used to rig Osun Election in favour of the ruling party. President Goodluck Jonathan should stay true to his word and should be seen to be fair.”
The human rights activist however reiterated his warning against the use of military men for the election
“We are also reiterate that the Military and other security services be confined to their barracks, they should not be released to the streets until the situation demands. The Police and other paramilitary corps are more than enough to handle the situation,” Adeniran averred.