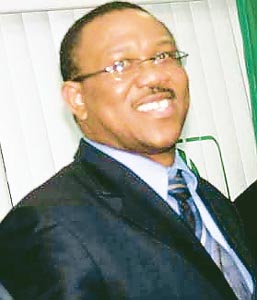 As the coast gets clearer on who emerges as the next governor of the state at the forthcoming Anambra governorship election slated for the 16th day of November, 2013, the OLD AGUATA UNION popularly referred to as OAU has insisted that it is the turn of the Anambra South Senatorial Zone to produce the next governor. The zone has therefore thrown their weight behind their only son remaining in the race, Dr. Hygers Ifeanyichukwu Igwebuike, a retired Captain in the Nigerian Army, a devoted Christian (former chairman of the Catholic Charismatic Renewal Movement, Lagos State Branch) and a successful business man, who hails from Umuomaku town in Orumba South Local Government Area of Anambra State.
10 candidates have been cleared by the parties to vie for the seat. Apart from the PDP and APGA who have produced two contenders each, the candidates of the other political parties are –Dr.Hygers Ifeanyichukwu Igwebike (Accord), Hon. Basil Iwuoba (PPN), Godson Okoye (UDP), Dr .Ifeanyi Ubah (LP), Prince Leonard Uchendu (NNPP), Dr. Ifeatu Ekelem (ACD), Sen. Chris Ngige (APC), and Chief Denis Oguguo (KOWA).
Subscribe to our newsletter
Dr. Hygers seem not only the preferred candidate of the South Senatorial Zone but also of the Catholic denomination considering his background as a strong member of the Catholic Charismatic Renewal Movement.  Banking on this the South Senatorial Zone of the state has gone biseck sensitizing all OAU members home and abroad to ensure that this closest opportunity of clinching the governorship seat of the state does not elude them this time.
Our candidate’s giant stride in Real Estate Industry and other ancillary businesses distinguished him as a tested and trusted leader who certainly stands out and prides himself as the best amongst equals in the race; with the vision and moral willingness to take Anambra state to an accomplished state of infrastructural and human capacity development if voted in. Elections have been worn by the assumed underdogs in all previous Governorship elections in the State and it will not be different this time.
Officially the campaign organization, “EBUBE ANAMBRA CAMPAIGN ORGANISATION” will come alive next week. We are taking time to do all necessary consultations with all stakeholders in the state. We are not money bag because Dr. Hygers does legitimate business and therefore should use put in every 10k in identifiable and very necessary area; but we shall certainly be able to prosecute the election conveniently.

We are also consulting with all interest groups to pick an ideal running mate who certainly must be a good Anglican. Our ultimate goal, if we win this election is to neutralize religion and zoning syndrome in Anambra politics but rather emphasis on good governance that would ensure equitable distribution of infrastructure in the state. I f a leader understands and ensure provision of infrastructural and capacity building as part of the mandate giving to him by the electorates, there wouldn’t be for any zone in the state to feel marginalized and began the agitation of producing the next governor. We also intend to give Awka a facelift and make it very befitting as our state capital. Surprisingly, our state capital has remained a shadow of what it should be.
DENNIS AGHANYA
Director of Media & Publicity
EBUBE ANAMBRA CAMPAIGN ORGANISATION
ACCORD PARTY

I Am Going Back To University To Teach, Says Ruqayyatu Rufa’i