Obasanjo’s Third Term Killers Were Sent After Me – Ogbeh 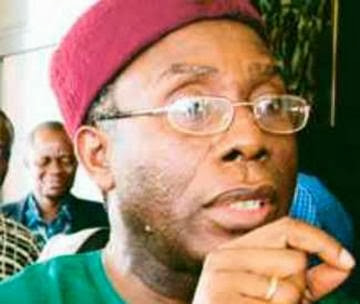 Former chairman of the Peoples Democratic Party (PDP), Chief Audu Ogbeh, has disclosed that his stance against former President Olusegun Obasanjo’s tenure elongation bid almost cost him his life in 2005, as killers were twice sent to eliminate him by “a big shot” in the PDP.
The former PDP chairman said the sponsors of the plot on his life wanted him to be killed and dumped where his remains would not be found.
Ogbeh, who resigned as PDP chairman under controversial circumstances in 2005, told Sunday Trust in an exclusive interview that he was targeted for assassination because he was opposed to the Third Term ambition of Obasanjo.
Subscribe to our newsletter
Ogbeh, who did not name the said PDP big shot, said some of the killers that came looking for him wore police uniforms and rode in unmarked vehicles.
“They tried to kill me unsuccessfully twice. I was to be kidnapped and assassinated on August 11, 2005. They came at 6pm and 11pm and I was not around,” he said.
“Five men, three in police uniforms and two in plain clothes, came in two unmarked vehicles, sent by a big shot in the PDP. I was to be taken, wasted and dumped in a pit.

That was why I talked about the mafia. And what was my offence? I was arguing against third term. And it got to a level where there was serious crisis between conscience and convenience, so I told myself that I needed to quit,” he added.
He also said Obasanjo created a mafia in the party which had people that were untouchable as it members. “I saw signs that the party was gradually degenerating into the state of mafia. There were too many powerful people in the party who could not be questioned or challenged, one of whom was the former president himself. The truth is that we built the party before he came out of the prison,” he said.
He added: “Obasanjo (created the mafia), of course. He was the president, so there is no argument about that. But unfortunately, there were far too many cowards and sycophants in the PDP. And when I complained, I was tagged the rebel leader.
I would rather do my job to God and man than to take insults. I had to wash my hands off. This is because I know that at the end of our lives, we have one God Almighty who will demand how we managed the responsibility he gave us.”
Ogbeh, who is now a member of the All Progressives Congress (APC), said the party was considering suggestions regarding the region that should produce a presidential candidate between the North and the East.
“Some people suggest that he (the candidate) comes from the North. Some people say the East. But as it is, we will debate and arrive at a position,” he said.
Source: Daily Trust