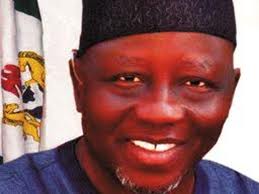 The Nasarawa state Resident Electoral commissioner  has chided political gladiators in the country for flouting electoral Act,describing the attitde of politicians as the major preponderance heating the polity.
Subscribe to our newsletter
The Rec,Ahmed Makama gave the indication at a stakeholders meeting held at the Lafia office of the Independent National Electoral Commission (INEC).
Makama appealed to politicians and supporters alike to eschew the violation of electoral Act,The commissioner remind politicians in the country to play the game according to the role.

Ahmed Makama said politics of decorum will ensure acceptable and sustainable poll in 2015,He averred that politicians flount electoral Act which stated that politicians  flounting the 90 days directive given to politicians.
On the issues of permanent voters card,The Rec assured that permanent voters cards will be made available to electorate at their polling units,He further said only those that present their temporary voters card will be issued a permanent voters card.
Aliyu Makama buttressed that  the commission is prepared to delineat polling units,He said the creation of additional polling unit is on the offing.
The commissioner of police,Idris Ibrahim while briefing the stakeholders appealed to politicians  to shun the indiscriminate pesting of billboards and posterscontrevened the electoral Act.
“Police are not out to ban public gathering  but we are out to regulate public  gathering or party rallies”,The commissioner also called on demonstrators to seek for police permission before staging their protest 48 hours.