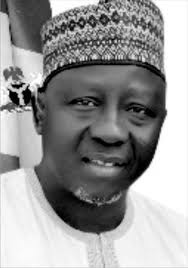 Nassarawa State lawmakers have vowed to go ahead with impeachment proceedings against governor Tanko Al-makura despite the protest in the state
The chairman, House Committee on Information of the State House of Assembly, Mr Mohammed Ibaku, told reporters in Abuja on Sunday that the lawmakers would pursue the impeachment notice served on the governor for alleged embezzlement of funds.
Subscribe to our newsletter
It was an unusual news conference, with 16 lawmakers from the State House addressing a news conference on the impeachment process that they had started.
Standing under a tree at a popular hotel in Abuja, the chairman, House Committee on Information, flanked by other legislators, reeled out the offences of the governor and efforts made to serve him personally with the notice of impeachment.
Ibaku said the governor had been served with the notice of impeachment through the media, having evaded service and that the Chief Judge of the state would soon be directed to constitute an investigative panel.
The lawmakers are insisting that “the constitution permits the House of Assembly to serve an impeachment notice through the media and that if the governor fails to respond, appropriate actions would be taken”.
But in a swift reaction, the senior Special Adviser to the State Governor on Public Affairs, Abduhameed Kwarra, debunked the claims of the legislators, insisting that “the governor is always available but has not been served with any notice of impeachment”.
Disputing the right of the lawmakers to serve the governor a notice through the media, the spokesman for the governor said: “The publication of the impeachment notice in newspapers without the leave of any court of competent jurisdiction does not amount to an effective service”.
The impeachment saga, which started a few weeks ago, has attracted various reactions from the people of the state.

While a group of Nasarawa indigenes held a protest against the impeachment move few days ago, the Emir of Lafia had sued for peace.
There have been accusations and counter accusations from both parties involved in the impeachment saga, but the battle appears to have temporarily shifted to the nation’s capital.
Critics have questioned why the lawmakers travelled to Abuja to address a news conference on its legislative proceedings.
The embattled governor is the second governor of the All Progressive Congress (APC) that will be facing impeachment within two weeks.
The former governor of Adamawa State, Murtala Nyako, was impeached last week after the State House of Assembly received a report from a panel set up to investigate allegations of financial impropriety levelled against him and his deputy.
Both men refused to appear before the panel, insisting that the impeachment process lacked legitimacy.
The APC had condemned the impeachment process, insisting that it was not what Adamawa State that had been under State of Emergency rule for over one year due to hostile activities of a terrorist group, Boko Haram in the area. The political party also alleged that the impeachment was fuelled by the ruling party, the Peoples Democratic Part, to crush opposition.
Despite their claims, the House went ahead to impeach the governor. The Speaker of the House, Umaru Fintiri, has been sworn-in as the acting Governor of Adamawa State.
Source: Channels Tv

2015: Okpe Leaders Okay Igbuya For Another Term; Say He Is A Blessing To Delta State