Nasarawa Council Polls: Why APC May Not Win The Election By Rabiu Doma, Nasarawa 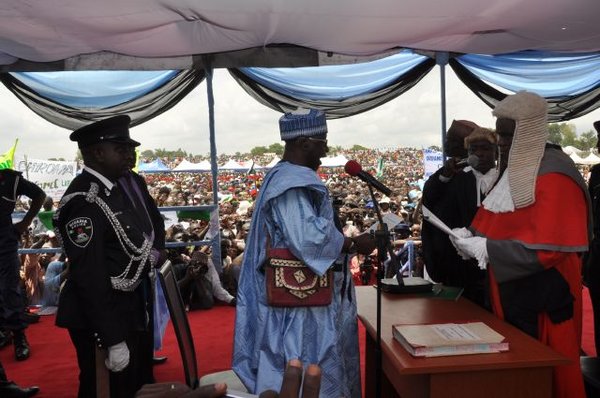 Lafia,been the state capital is for the APC,and the emergence of Governor Al-Makura as the chief executive been an indegine of Lafia Local Government.
It could be recalled that the Interim chairman of the All Progressives Change, Stanley Buba has threathen to resign his portfolio as the leader of the party in the state.
His threat to resign follows the intervention of the state Governor in the conflict that blanket the outcome of APC primaries in Akwanga Local Government.
It was reliably gathered that the embattled state chairman of the party was held bend to plant his stooge as the chairmanship contender of his Local Government.
Stanley Buba raise eyebrow that his candidate must be,an interest that did not go down well with the Interim Committee Chairman of the party following the announcement of the substantive winner who is not in the good book of Stanley Buba.
The expectation of the chairman of the party to manipulate the party to his advantage  was not feasible, This foist him to threathen to resign from the party if not the outright intervention of party chieftain from the state.
The emerging crisis in Nasarawa APC may not be unconnected to the high handedness of the chairman, it was authoritatively gathered   that the internal squabbles that force Damishi Luka to decamp to the People’s Democratic Party was the appointment of Stanley as the ICC of the party.
A decision that is causing Nasarawa APC a sleepless night, It was unfolded that the state Governor appoints the embattled chairman of the party without consulting his second in command.
The political enmity which sandwich between Governor Umaru Tanko Al-Makura and his Deputy, Damishi Luka Barau has extended to a national issue as the presidency wades into the rumpus.
Onlookers in the APC are pointing accusing finger on the Interim Committee Chairman for fueling thecrisis, Stanley Buba was accused of handling party affairs as his personal property.
while complain against him was that he reject phone calls even at the time of need,According to available information ,the chairman was prone to anger when sensitive party issues where brought before him.
The outcome of the Local Government  primary election is a clear factor that Stanley Buba is out to ruined the party which he did not labour for.
The decision of the state chairman and the party secretary speaks volume of his leadership style which was mar by selfish interest and dictatorship,This among other factors  will affect the landslide victory of the new party.
The victory of APC ahead of 22/03/2014 Local Government election  is in limbo  with the gravity  of internal rumpus as the deteline for the substitution of candidate elapseselectorate threathen to decamp to the opposition party,The PDP.
Some party elders attributed the present happenings to the headship of the party,An elder from Nasarawa Local Government who pleaded anonymity apportioned blame on state excutive of the party for compromising their job.
“He succeded in ruling our party and even have the gut to threathen his resignation”A Government official who pleaded anonymity described the state executive of the party as low rangers.
“None of them can deliver his polling unit,ward or Local Government”said a party  chieftain”.
In the heat of  the internal crisis in the APC ,The also experince mass exodus of party stalwart to the opposition party,The PDP,The decampees includes the state Deputy Governor,Dameshi Luka,Senator Solomon Ewuga,Haruna Kigbu and David Embugadu

7 Staunch Members Of APC In Nasarawa Decamped To PDP By Rabiu Doma, Nasarawa