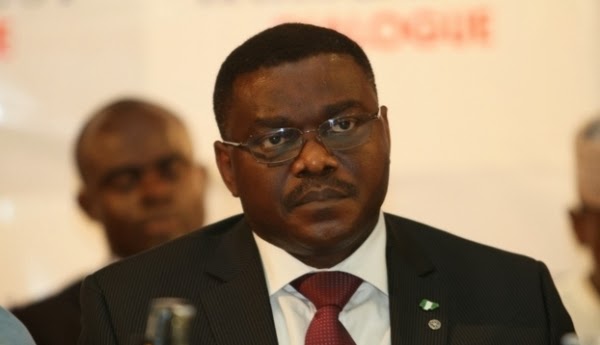 The medical workers in Nigeria under the umbrella of JOHESU has called on the Presidency to kill the idea of Surgeon General in the country to allow peace reign in the health sector or witness a total closure of the nation’s hospitals.
This warning was handed over on 6th January 2014 during a press briefing by the union in Lagos. In a press release sent to us, they enumerated the problematic areas of the health sector as;
Subscribe to our newsletter
1. Post of Surgeon-General in Nigeria and Arbitrariness in the Health Sector
2. Skipping of CONHESS 10
3. Consultancy Status for Healthcare-Providers
4. Implementation of Agreements signed with Government since 2009
5. The National Health Bill
6. Amendment of Act 10 of 1985
7. National Health Insurance Scheme
8. Double Salary for Honorary Consultants
According to them “the information provided on the need for the post of the Surgeon-General cannot be a compelling factor to waste scarce public funds for an ego trip. The precedence of a Surgeon-General draws its parallel from only the U.S.A. It is not the norm in any other part of the world. The best in terms of ranking ever achieved by a Surgeon-General was as an Assistant Secretary of Health. Today the incumbent Surgeon-General reports to an Assistant Secretary of Health in the United States which promotes the concept.
It is instructive to note that the office of the Assistant Secretary of Health to which the Surgeon General reports in the U.S.A. is junior to the Minister of State for Health in Nigeria.” They further noted that creating such an office will be a duplication of the Minister of Health, since there is a director of Public Health under the ministry. Their refusal also stemmed from the fact that the bill has already been rejected by the 6th National Assembly as well as the Justice  Abdullahi Gusau Committee on Harmony in the Health Sector.

They berated Olukoye Kuti who created the Medical Salary Scale in the nineties which is the bane of the health sector today. The statement wonders why a Medical Doctor should earn 200% salary above his colleague in any sector. “The insistence that other health worker must not be allowed to skip CONHESS 10 which is now a major demand in the quest to placate Doctors not to go on strike is a national embarrassment and fraud. Doctors are now demanding to enter the public service on salary GL 14 after National Youth Service.”
They urge the government to respect the court ruling which allows for them to skip CONHESS 10. The Medical workers asked the government to immediately obey the court judgment on the issue of consultancy which was stopped. They wonder why there can be no consultant in other medical field when they are specialized professionals, just as it obtains in other parts of the world.
They bemoaned as situation where ‘the promotion of our members has been withheld for decades. Professional regulatory laws and service circulars continue to be recklessly compromised by the Federal Government working on the advice of the Federal Ministry of Health, like we recently witnessed again at NAFDAC for instance where the Director-General of the Agency has been re-appointed in flagrant violation of Section 9 of the enabling NAFDAC Act which provides inter-alia that the Director General “must have a good knowledge of PHARMACY, FOOD and DRUGS”.
Further they urged the government to implement the new wages and call duty allowance. The issue of the National Health Bill according to them contradicts the constitution, especially some paragraph which vested power on it to regulate the medical profession when an act has been passed vesting such powers on the various medical boards.
They demanded for the amendment of the act coined by Kuti. “The foundation for all the years of injustice in the health sector is grounded in the military drafted Teaching Hospital Act 10 of 1985, a creation of Late Olikoye Kuti. The statute facilitates imbalance in board appointments in favour of doctors, stagnation in the career strata of health workers as well as other exclusive privileges for doctors in a multi-disciplinary sector”, it stated
The statement exposed that consultants in the medical and dental council earn double salary as honorary consultants since they are University employees but also collect money from the teaching hospitals where they come once a week to choose patients to treat. They therefore called on the government to privatize medical services in private hospitals.
“We put on record that 50% of total health budget is dedicated to the payment of only consultant doctors in Federal Health Institutions. This is the main reason why Nigerian Medical Association and Medical and Dental Consultants of Nigeria continue to agitate against Integrated Personal Pay Roll System (IPPRS) because it subsequently will detect those who earn double salary. Government therefore needs to privatize medical services in public hospitals in Nigeria.”
They asked for a meeting with Mr. President who is the father of the nation to enable them air their views, while a fifteen days ultimatum was given to the government to meet their demands.
Consequent upon this and the expiration of the 15 day ultimatum earlier given,  the Joint Health Sector Unions and the Assembly of Healthcare Professionals of Nigeria in league after appraising all its options painfully direct all its members to proceed on a 5-day warning strike from Wednesday January 15 to Tuesday January 21, 2014 to enable government led personally by President Goodluck Jonathan redress through constructive dialogue its prayer/grievances as reflected in this position paper which shall be made available to government. The condition precedent to dialogue with President Jonathan is a minimum conditionality which is also non-negotiable as the President who is the father of the nation must be willing to give all his children a listening ear in a conflict that continues to fester as a rotten and infected wound because the future of healthcare-providers in Nigeria can no longer be left with Presidential aides who find it difficult to disguise their affection for the interest of only one profession in a multi-disciplinary sector.
In the event that Government does not enter into meaningful dialogue within two weeks of this notice, we shall be left with no option than to commence a more excruciating and total nationwide strike to enforce our liberties