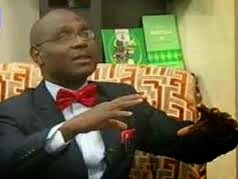 The Coalition Against Corrupt Leaders (CACOL) condemns the gruesome murder of Barr. Kunle Fadipe, a social crusader and human rights activist, killed for yet unknown reason at late hours of Thursday, July 3, 2014 in his Ifako Ijaye home.
The gruesome killing of Barrister Kunle Fadipe, an act of murder that must not be buried with feigned insanity, is a challenge to the Inspector General of Police, the Lagos State Commissioner of Police and the entire Nigerian Police Force, in assuring the entire populace of a secured society.
Beyond the storyline of a man jumping into the assailant’s compound, withholding the son, demanding for Fadipe and stabbing him and several members of his family, we are interested in knowing the motive of the attack on Barr. Kunle Fadipe. We demand a thorough investigation of this case, as this could as well have been an orchestration of the high and mighty that Fadipe stood to confront in the quest for justice for the common man, as well as several government officials who Fadipe might have criticized while seeking social justice and fighting corruption.
Also, this killing makes yet another of attacks and murder of human right lawyers within the year, the murder of the 2 lawyers heading for court in Delta state; Horis Dafiaghor and Samuel Ekuwangju is also one controversy that is yet to be exposed by the Nigerian Police.  The lengthy list of killings of political activists and social crusaders begging to be resolved by the Nigerian police, calls to question the constitutional role of the police in crime investigation and prosecution, and puts all in doubt, the attainability of a secured society within the present system.
However, unlike the case of Delta and several other political killings where the culprits were never arrested at the crime spot , the arrest of the culprit, in the case of Barrister Kunle Fadipe’s killing, leaves no room for excuse by the Nigerian Police in ensuring thorough investigation and timely prosecution.
Feigning insanity by the culprit would be too cheap a way in beating the Nigerian police and a laughable script in a system that is well known for several murders being adduced to unknown-killers.
We demand justice for the family of Barr. Kunle Fadipe, as nothing short of justice can soothe the soul of a fearless and upright lawyer and activist, who dedicated his entire life to the crusade for social justice and human right activism.