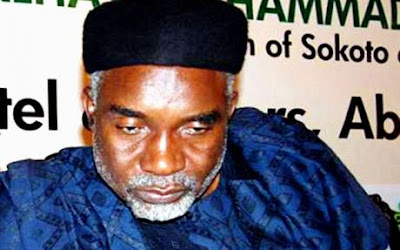 Adamawa State Governor Murtala Nyako on Tuesday said that despite several denials, President Goodluck Jonathan signed a document agreeing to serve for a single term.
Nyako said this in an interview with journalists in Yola, the Adamawa State capital.
Subscribe to our newsletter
He explained that genuine leaders were men of honour who would be sincere to their colleagues and the society in general, no matter the circumstance.
The governor said, “In the first place, when that agreement was brought for me to sign, I told them that this President (Jonathan), in the agreement signed in the year 2003, he was number 73.
“Did we not agree under (ex-President Olusegun) Obasanjo that the term 2007 and 2011 belong to the North?
“He was number 73 as deputy governor of Bayelsa State, so when they came, they said I should sign, they said he had agreed that he would not contest in the year 2015.
“In the first place, I said I did not believe him because he didn’t give his pledge for the agreement signed in the year 2003. They said ah, ah, Baba Maimangoro. I said ok, I will sign. So I signed.”
When asked who brought the agreement for him to sign, he said his northern colleagues, including the Niger State governor, Babangida Aliyu; and his Katsina State counterpart, Ibrahim Shema, among others.
The Adamawa State governor noted that ex-President Olusegun Obasanjo led Jonathan to ask him (Nyako) to support Jonathan, who he said had agreed to serve for only one term.
“Obj (Obasanjo) will tell you, he came here and pleaded with me to support Jonathan in 2011. He came here and virtually took an oath to serve only one term,” Nyako said.

Asked if Obasanjo came in company with Jonathan, Nyako replied “Absolutely! That he was going to serve for only one term.”
He said that when Jonathan went to Obasanjo to seek for his support for 2015, the former President reminded him of the commitment he made.
Nyako further said, “The Niger State governor has the agreement. We want to deal with people with honour, not people who want to drag us into civil war because of impunity, because of lawlessness, because of not fulfilling their pledges, that will only take us to civil war.
“Leaders must be honest with their colleagues and the greater society. I have my craw craw from the first civil war and if there is need to develop another craw craw in another civil war I will stand by.”
Aliyu’s spokesman, Danladi Ndayabo, could not be reached for comments as at the time of filing this report.
A response to the text message sent to him was still being awaited as at the time of filing this report.
The Presidency has denied in the past that the President signed any agreement not to seek reelection.
Nyako also said the declaration of a state of emergency in Adamawa State was purely political because the state had the security situation under control.
He explained that the state was not even among the first seven states, out of a list of 12, which had serious security challenges but that the President skipped several states to pick on his state for inexplicable political reasons.
Source: Punch