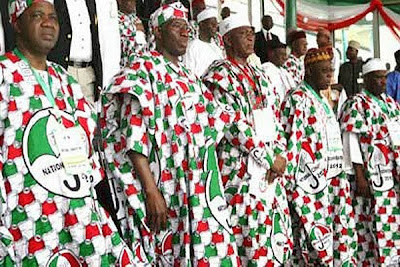 New York—-Just few days ago, our Anambra State Election Monitoring Unit received what looked like emergency calls on our voicemail. The caller/callers left news tips stating that Mr. Tony Nwoye had taken over Anambra State in storm. The caller/callers also referred us to an article circulating online about triumphant entry into Anambra State with crowd never seen in the state in recent times and can only be second to the crowd during the burial of late Igbo eternal leader Dim Chukwuemeka Odumegwu Ojukwu.
Comparing the crowd to late Dim Ojukwu region woke made us push some buttons to verify few things.
The first contact dismissed the report as propaganda. Few other contacts stating dismissed it without explanation until we got a fellow with fairly inside connection in PDP politics. This PDP insider took time to break down in very clear details the high-stake intrigue being played out in Anambra PDP.
It is fair to say that everyone is aware that various factions in PDP and very powerful interests behind those factions.
Andy Uba group has former President Obasanjo breathing heavily on the neck of all that matter in Abuja.
This Tony Nwoye guy has Chief Arthur Eze, President Jonathan’s man reminding the ‘governor-in-waiting’ that Baba Iyabo is no longer calling the shots.
However, the ‘governor-in-waiting’, Andy Uba, that is, also has the backing of some courts or judges while Tony Nwoye has the backing of PDP headquarters.
The question then is if Andy Uba has the backing of the courts, the game is over for Tony Nwoye-Arthur Eze-PDP headquarters then. But no so fast.
There is another court that has disqualified both Andy Uba and Tony Nwoye saying that there is a fifth column, Nicholas Ukachukwu, and that he is the rightful candidate.
The insider who shall be identified here as “EO” stated the best thing is to wait till September 24 when INEC will publish approved list of candidates.
“EO” then said something very interesting, “These people are wonderful. We are PDP and this is just a family affair. There is no cause for alarm. Tony Nwoye is working hard to increase settlement figure. Uba will have to settle everybody to fly the flag but what you are seeing now is pre-settlement posturing to increase the figure. You have to understand that this is pay period for most of these politicians. Once the nomination is made, what they get now is what they are sure of. The person may get there and say to hell with everybody. See what Chris Ngige did to Chris Uba and now to Senator Annie Okonkwo, ANPP, CPC and DPP. When he gets in he will do the same thing to Tinubu-Akande. He will blackmail all of them. They could make promises and agree to anything and sign any paper but once they get in, they change their phone numbers and you become a stranger and beggar. So Tony and his group know what they are doing. What they are doing is nothing but normal negotiation strategy and Andy will take care of it”
For full detail with photos, visit: www.AfricansInAmericaNewsWatch.com