Igbo Presidency Not Feasible In 2015 – NZERIBE 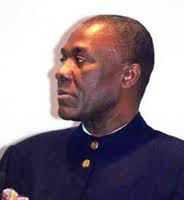 Ahead of the 2015 Presidential election, Senator Arthur Nzeribe, yesterday, asked his kinsmen, the Igbos, to jettison the idea of producing the next president, saying it would not be feasible because of lack of unity in the zone.
According to him, the Igbos are not just ready to produce the country’s president.
Subscribe to our newsletter
He also said if the Peoples Democratic Party, PDP must get it right and move away from its present crises, the National Chairman, Alhaji Bamanga Tukur, members of the National Working Committee, NWC must go, adding that ‘’the PDP must clear the desk, including Bamanga Tukur, to get it right.”
The Oguta-born maverick politician from Orlu, Imo State, told his people bluntly that before they sought the exalted position, they must first put their house in order by speaking in unison.
Nzeribe, who based his position on previous unsuccessful attempts by the Igbos to what he called endemic disarray amongst  Igbo politicians, said:   “Until we start speaking with one voice, we cannot get the Presidency. We should not try it now, we are not just ready for anything like that, we must first put our house in order.”
He also warned that ahead of 2015 elections, Nigerians must note that the country was bigger than anybody, irrespective of status, adding that politicians must, therefore, put their selfish interest in their handbags to save the country.
Speaking on the presidential primaries of the Peoples Democratic Party, PDP, Senator Nzeribe noted that those advocating that President Goodluck Jonathan must not go through the rigour of primaries to emerge as the Presidential candidate were only raising their personal opinion on the matter, stressing that he must present himself with others for the party’s presidential primaries.
Drumming support for President Jonathan, Nzeribe said: ‘’It is the personal opinion of those who said President Jonathan must not go through primary election, he must present himself for that, I can bet that President Goodluck Jonathan will win at the People Democratic Party, PDP, primaries”.
He, however, supported last week’s position of the Senate during the vote on the 1999 Constitution review, especially where the call for local government autonomy was jettisoned.
Advocates Abolition Of LGAs

He said local governments should be abolished as they were not achieving their set objectives of meeting the yearnings of the people, adding that he was in total support of decisions taken by the senators during the debate and the voting process.
The former senator, however, urged all those who left the party to return and embrace the on-going reconciliatory overtures, with a view to repositioning the PDP.
Urges Jonathan to develop the South East
Senator Nzeribe called on President Jonathan to help in the development of the Eastern part of the country as he had not really impacted on the people in the area of roads, adding that the people wanted good roads, Onitsha Bridge, among others. He said despite the lack of party manifesto in the PDP, the President was using his personal initiative to produce results.
The veteran politician, who titled his address: “We Must Not Allow Doomsday Prediction About Nigeria To Come True,” however, described the declaration of state of emergency in Adamawa, Borno and Yobe states by President Jonathan as “necessary and obviously the only reasonable option left to dissuade the doomsday prophets of Nigeria’s disintegration from having a field day”.
He said: “What is needed now is for stakeholders in the Nigerian project to give maximum support to Mr. President in his effort at bringing to an end activities of the insurgents. The critical stakeholders in the affected areas should on their part, corporate maximally with the President to achieve the goal of emergency rule”.
“Although, the current emergency rule order is a sharp departure from the conventional one, but viewed from the position of inclusiveness in finding lasting solution to the vexed issue of insurgency, one can begin to appreciate President Jonathan’s brand of emergency rule”.
“In effect, what is obtainable in the affected areas right now is “Diarchy” which is a system of government whereby the Civilian and the Military share power. It was propounded by late Dr. Nnamdi Azikiwe. The beauty of the current emergency rule is that both the civilian and military authorities in the affected states are expected to corporate to find lasting solution to the problem.”
Nzeribe who cautioned that care must be taken to avoid civilian casualty in the execution of emergency rule, also urged the Nigerian media to be nationalistic in their reportage and shun sensational reporting.
Source:  Vanguard

Strange Fish In Ibadan A Baby-Octopus, Not A Mermaid Says Police