How Jonathan And Nigerian Politicians Manufacture Terrorism And Criminality, By Adeolu Ademoyo

0 45
Share
Subscribe to our newsletter
“Conscience Is An Open Wound, Only Truth Can Heal It”-Uthman Dan Fodio 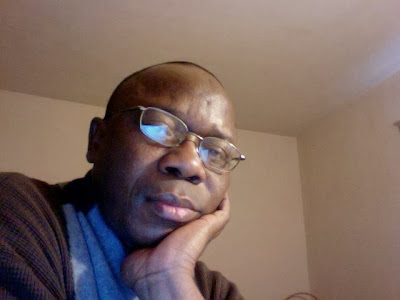 Mujahid Dokubo-Asari, Mohammed Junaid, and Hamzat Al-Mustapha do not need any introduction. While Junaid is a trained medical doctor, Dokubo-Asari claims to be a businessman in the Republic of Benin. Hamzat Al-Mustapha headed the death squad under General Sani Abacha.
According to Dokubo-Asari, part of his investments includes a “university” in the Republic of Benin to which a Nigerian state- Bayelsa state- has been sending youths  for training.
Subscribe to our newsletter
But despite their overt vocations as medical doctor and businessman, one covert act unites  Mohammed Junaid and Asari Dokubo. That covert act is their takes on violence and terror depending on the outcome of the election in 2015.
Recently, the police authority detained Dokubo-Asari in the Republic of Benin. The Nigerian authority, which used Nigerian resources to facilitate Dokubo-Asari’s release from detention,  has not told Nigerians why he was arrested and detained in Benin Republic. Secrecy as a statecraft continues to grow under President Jonathan.
A man of ever shifting identity, Dokubo-Asari does not hide his belief in the deployment of violence and terrorism to achieve set goals. Sometimes, he is called a militant-whatever that means. But as a strong believer in the use of violence and terror, it is on record that he has deployed indiscriminate violence as a tool to realize the goals of the organization he heads-the Niger Delta Peoples Volunteer Force. He recently put on record that  capacity for violence and terror and his readiness to use them in defense of President Jonathan’s   political goals.
On the other hand, while Dokubo-Asari would deploy violence and terror on behalf of President Jonathan in 2015, Mohammed Junaid was a bit cautious on violence. When he was confronted with his views on violence, he, characteristic of Nigerian politicians, said he was misquoted. With the antecedent evils of the terrorisms of Boko Haram, MEND, the Niger Delta creek terrorism, which are clearly sponsored by Nigerian politicians, Mohammed Junaid’s clarification can only be taken with a pinch of salt.
On the other hand Dokubo-Asari has not told Nigerians that he was misquoted on his readiness to deploy violence and terror in 2015 if the outcome of elections does not favour his principal-President Jonathan.
Beside the physical indelible bruises which terrorism and criminality wrought, terrorism and criminality have their consequences in the moral injury they wreck on truth and historical memory of humans who are the bearers of history .  So it is with the questionable judicial release of Major Al-Mustapha- allegedly facilitated by President Jonathan and the PDP. Major Hamzat Al-Mustapha headed the underground Strike Force, the terror and death squad of General Sani Abacha.
The Strike Force was responsible for the death of many democrats during General Sani Abacha’s military dictatorship.  Some of us are living witnesses. Regardless of the consequences to our lives and families we have decided in the names and memories of the dead to defend and stand and never to waver at the gate of truth and history on this for the dead (during the defense of  June 12 1993 elections) and their memories are part of the moral foundations of contemporary Nigerian democracy  which sadly  is already mangled and destroyed.
So on Major Hamzat Al-Mustapha’s release we have on record the open disclosure of one of Nigerian politicians. His name is Dauda Birma.  Dauda Birma openly told Bamanga Tukur in appreciation that he knew how much he Bamanga Tukur-the chairman of the ruling party PDP, and the Presidency (meaning President Jonathan of the same PDP) did to procure Hamzat Al Mustapha’s freedom. For more on this, go here, here and here). The PDP, Aso Rock and President Jonathan have not denied this statement nor have they distanced themselves from Mr. Dauda Birma’s open disclosure and  betrayal of his stream of consciousness, his slip and trip of tongue.
Therefore, given the preceding, I am puzzled for some reasons, which I am sure many Nigerians and non-Nigerians know.
Talking about tracking terrorism, the first puzzle for me  is why  we have to spend either $40m (the figure quoted by the Israeli company-Elbit Security systems) or $60m (the figure quoted by the Presidency) on an un-bidded contract awarded to a foreign company, the Israeli company-Elbit Security systems  to monitor our cyber space for potential and actual terrorists when we have in print the  violent and terror commitments of potential and actual causes of terrorism and criminality in the South South  creeks of Niger delta and the Northern part of the country.
Second, I am puzzled because  Junaid Mohammed is a known figure. He has been invited by the SSS  as a result of his statement on violence.  I am just wondering whether  Junaid Mohammed  is so small a needle in a hay stack such that we need to spend $40m to find him and ask him to explain himself with regard to his claim about new outbreak  and continuation of terrorism and violence  in 2015.
Third, besides Junaid Mohammed, I am completely dumbfounded at the open romance between President Jonathan and  Dokubo-Asari who has put it on record that he would deploy violence and terrorism on behalf of President Jonathan in 2015 if he loses the election. In other words,  if there is 2015 for Nigeria and if President Jonathan loses election, Dokubo-Asari  will  energize the terrorism in the  South South Niger Delta creek and other parts of Nigeria. The SSS  invited Junaid Mohammed, we do not have it on record that the SSS invited Dokubo-Asari.

Though I know the Aso Rock media crew may not  mean old people like us as “the children of anger” (at least we are not biologically speaking “children”) when they wrongly characterize the legitimate rejection of  President Jonathan’s failed government,  rule of impunity and corruption  by Nigerian youths  as the ‘fury”   of “children of anger”, it is still important that we put things on record in black and white so that we are not accused of engaging in “gossip”.
When Dokubo-Asari was detained in the Republic of Benin and later freed Mr.  Benjamin Agon, spokesperson  of the ministry of Foreign affairs Republic of Benin   told Reuters “It was under pressure from the Nigerian head of state that the authorities freed the rebel chief on Friday at around midday.” This is a diplomatic issue and the Nigerian government has not denied this statement.
Fourth, I am puzzled because both Nigerians and non-Nigerians know the huge corruption going on in Nigeria today. The three most recent are Elbit Internet Contract where we have two figures for one un-bidded contract, Stella Oduah N255m armored car scam-an unbidded contract, yet to be accounted for 8 Trillion naira unremitted NNPC oil money which involves the coordinating minister for the economy, Dr. Ngozi Okonjo-Iweala, the petroleum minister, Mrs. Diezani Alison-Madueke and President Jonathan.
Both Nigerians and non-Nigerians know that there is a massive storage of arms both in the North and in the Southern  Niger Delta. Both Nigerians and non-Nigerians, and any sensible person  know that there is connection between the unexplained movements and disappearances of public money and the storage of arms by non-state forces. Arms are bought with money or bartered by oil. This is basic common sense.
When barrels of  oil and  huge  public funds are missing and the government does not offer an explanation, it is the right time for critical voices to speak up. The Jonathan presidency owe us an explanation on constant oil losses,  missing public funds and the storage of arms in the country.
Therefore, in view of Dokubo-Asari’s terrorist credentials,  and in the name of a global open society, we want to know the following.
What is the nature of the offense Dokubo-Asari committed in the Republic of Benin that invited the intervention of President Jonathan?  Is it true as the spokesperson of the Republic of Benin ministry of foreign affairs claimed that the Nigerian government facilitated the release of Dokubo-Asari from detention in Benin Republic? If so, under what law and protocol? If true, did President Jonathan facilitate the release of Dokubo-Asari from detention in a foreign country in order for him – Dokubo-Asari-  to help President Jonathan foment terror and violence in 2015?
Why hasn’t President Jonathan and the PDP deny  Mr. Dauda Birma’s  open public disclosure before Mr. Bamanga Tukur that President   Jonathan and the PDP influenced the judicial release of Major Hamzat Al-Mustapha?  Why hasn’t the Nigerian Judicial Council  and other relevant bodies called and asked Mr. Birma to explain what he meant?
If President Jonathan openly facilitated (i) the judicial release of Major Hamzat Al-Mustapha as claimed in print by Mr. Dauda Birma, (ii)  the  release from detention of a terrorist like Dokubo-Asari,   and (iii)  in view of Mohammed Junaid’s own statement, then we have good reasons to hold President Jonathan and some Nigerian politicians responsible for the manufacture of  and spread of terrorism and criminality  in Nigeria.
May I end this by saying with all sense of  responsibility and quiet commitment to the country that if any of the names mentioned in this article feels maligned, they should please take me to a Nigerian court and sue properly and openly.
I maintain this position because what I have put my signature into in this essay is no cyber  “gossip”. I am a known human, with a face and a name that can be sued. So please sue properly in a court  if you feel maligned. We will meet in court. And I free Premium Times from any culpability in agreeing to publish this. I take responsibility for my action and what I write.
And for those  in government who may misread what we do as “cyber-activism”,  or some form of “radicalism”, I ask that  they do a re-think and look elsewhere for the “radical”. I am not. I am just a plain  regular human being without a  label.  While radicalism is  a legitimate and justified moral act in situations of injustice, however  were it not  for country duty  moral call and obligation to one’s society, some of us prefer the ordinary folk  private  life  we have always lived  when we were younger than to be obliged to be   in the  open  in our twilight age. But when the morals of history call,  common folks do not have an option than to respond to the moral call.
I am a  parent and a common folk on the street like any other. That is all.  That is who I am. And I want President Jonathan to  forget his being a President only for one second (of course he is the president), and answer this as a  President, a  human being,  and as a  parent.
We do this because  it is just important that  we say the truth for the sake of the dead and their memories, our children and  generation to come. It is about the future of our children, the future of our country, the future of our continent, the future of our race-the African and black race,  hence our passion.
Again, “Conscience is an open wound, only truth can heal it”. I do not own this eternal moral truth. It belongs to better minds-the sages in the ages. We have only reported this wisdom from  street conditions.
Adeolu Ademoyo [email protected] is of Africana Studies and Research center, Cornell University, Ithaca, NY.

Jonathan And Obasanjo, The Sequel By Lanre Etti