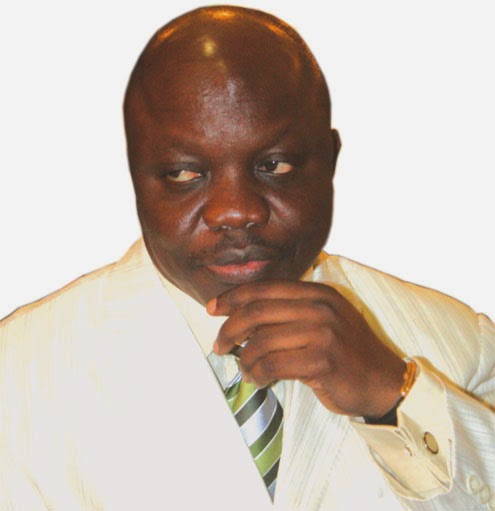 Subscribe to our newsletter
Except a political whirlwind blows to stop Governor Emmanuel Uduaghan and his cousin, James Ibori, one of their loyal boy and stooge, Sir Anthony Obuh has been confirmed as the next anointed governor of Delta State.
We reliable gathered from sources in the Know that the quiet Obuh was made the choice following the disclosure by Uduaghan to Ibori that he is the only man who can keep their secret and fraudulent activities while in government. A source who confided in us revealed that the plan to make Obuh the next governor was hatched on June when some of the former governor’s aide went to pay him a visit in London and they were specifically instructed to focus all their attention and political structures on Obuh.
According to a source whom we contacted in the State government house, Uduaghan decision to pick Obuh and present to Ibori is not unconnected with their closeness of over 10 years when Uduaghan as the Secretary to the State Government made him a director in his office and subsequently made him the Permanent Secretary to Government House, an office he created for him to enable him monitor the intrigues and game happening in government.

Another source noted that another reason why Obuh was picked by the governor was a fallout of a joke by Governor Godswill Akpabio of Akwa Ibom during one of their PDP Governor’s forum, saying that the best person to succeed governors should be technocrats and not politicians who can easily walk away from the predecessors and drive them away from party, citing Enugu and Abia States as examples, hence his choice of his SSG, Udom Emmanuel as his own successor. Uduaghan who was there was challenged to avoid a politician and hand over to any of his trusted aide who will not be a politician and create problem for him, just like Peter Obi did with Willie Obaino of Anambra State.
The endorsement by the governor according to our ever reliable source in the governor’s cabinet is with the knowledge of Chief Paulinus Akpeki, the Commissioner for Housing whom has being thrown up by the governor to destabilize the chances of the Delta Central. We gathered that enough funds have been made available to Akpeki to kick start his pseudo campaign all in a bid to look serious, after which he will publicly declare his stepping down for Obuh. Surprisingly, the running mate to Obuh is no other but the SSG, Comrade Ovuzorie Macaulay who we gathered had told some inner political caucus in Isoko land that he would soon be called ‘His Excellency’.
Obuh is currently in London to meet with Ibori and assure him of loyalty as he emerge the Peoples Democratic Party (PDP) candidate. Speaking with us, a very close person to the governor noted that while in London, Obuh will be signing some secret document with Ibori to ensure that he does not break the pact if he emerges as the governor. When asked what the agreement was, he noted that he was yet to get full brief of the document. The document according to him had to be signed early, as the former leader will still be in prison when the PDP primaries would take place.
Politicians in the know of this development are currently jittery while holding secret meetings already, while some have kept their calm and planning the next strategy. Two of the governorship aspirants who have vowed not to allow the PDP primaries to be a consensus affair swore to crumble the party and defect to the All Progressive Congress (APC).

Ex-Presidential Aide, Obono-Obla Arraigned In Court By Over Certificate Forgery,…

Inspector-General of Police Orders Arrest Of Sunday Igboho, To Be Transferred To…