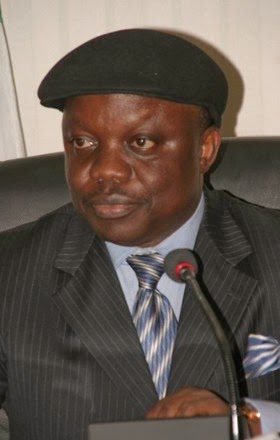 Authentic information made available to Elombah.com from the office of Delta State government is that the governor, Emmanuel Ewetan Uduaghan has finalized plans to install the next governor of Delta State.
This plot according to one of our sources was hatched with the connivance of the Deputy Governor, Amos Utuama, who infiltrated the apex body of the Delta Central District, the Urhobo Progressive Union. It was revealed to us that Uduaghan tasked Utuama to make sure that the UPU project a weak candidate in an opposition party.
Subscribe to our newsletter

The UPU meeting which held in March we authoritatively gathered was convened in Uvwiamuge by Utuama, where the union was asked to tell all Urhobo governorship aspirants to align with either the People Democratic Party (PDP) or the All Progressive Congress (APC).
Following the pronouncement of the statement by the UPU, our insider in the Dennis Osadebey House squealed to us that Uduaghan has chosen a candidate from the Delta North (whose name we will not reveal for editorial purposes) to be PDP flag bearer, while another candidate from the Delta Central (again, we have kept the name private) will fly the APC flag. This APC candidate who will be weak we gathered will only be a puppet in the hands the governor, to deliver his own votes for the PDP.
A source who is a strong ally of the UPU leadership told us that veteran governorship aspirant, Great Ovedje Ogboru who can give the PDP a run for their money and political savvy will never be considered as the UPU choice, so as not to jeopardize the governor’s mission.