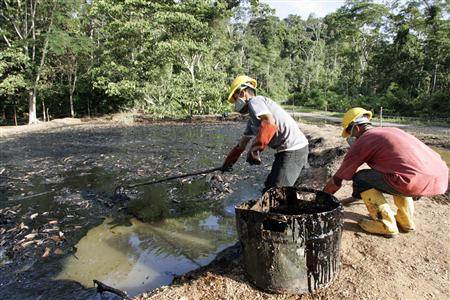 FORMER Chair of the Friends of the Earth International (FoEI), Nnimmo Bassey, says a local community is currently fighting a steel corporation to a standstill on an uncompromising issue of a cleaner environment in their area.
Subscribe to our newsletter
Bassey, who is presently on top of Oilwatch International, told AkanimoReports in a teleconference on Wednesday that after being at loggerheads for many years with Africa’s largest steel producer, ArcelorMittal South Africa (Amsa), the Vaal community is one step closer to realizing their right to a cleaner environment.
judgement, according to him, was handed down by the South Gauteng High Court mandating records of Amsa’s Environmental Master Plan and Vaal Disposal Site to be handed over to the Vaal Environmental Justice Alliance (VEJA).
VEJA’s first request, made in 2011, was for a copy of Amsa’s Environmental Master Plan (‘the Master Plan’), compiled by the company in 2002 for rehabilitation of its Vanderbijlpark site. Last year, VEJA also requested records relating to the closure and rehabilitation of the company’s Vaal Disposal Site, situated in Vereeniging, after the company had illegally dumped hazardous waste here.
The organisation made these requests with legal representation from the Centre for Environmental Rights on the premise that it is in the public interest, and more specifically, the interest of the Vaal community, to know what impact Amsa is causing to the environment and people’s health.
In his judgement handed down this morning, Acting Judge Carstensen stated:
“The participation in environmental governance, the assessment of compliance, the motivation of the public, the mobilisation of public, the dissemination of information does not usurp the role of the State but constitutes a vital collaboration between the State and private entities in order to ensure achievement of constitutional objectives”.
With these documents, VEJA and the communities it represents can now better ensure that Amsa carries out its obligations under the relevant legislation, including the National Management Act 107 of 1998 (NEMA), the National Environmental Management: Waste Act 59 of 2008, and the National Water Act 36 of 1998.

Caroline Ntaopane, Project Coordinator of the VEJA, explains the importance of this judgement:
“Now the communities that have been affected by Amsa and struggling with health issues can finally better understand the extent of the company’s impact and how they can begin to hold it more accountable.”
Given Amsa’s history of acting with impunity towards its environmental obligations, VEJA’s recent concerns are well-founded. Not only have its operations in South Africa been less than exemplary, a report published in 2009 by a group of NGOs, including groundWork, Friends of the Earth Europe and CEE Bankwatch Network, highlights the multinational’s international status as a major polluter of people and their environment:
“During the last 15 years, ArcelorMittal’s predecessor companies, mainly Mittal Steel, have bought up several old and highly polluting steelmills and made them profitable, however environmental improvements other than those necessary to increase production efficiency have been painfully slow. As well as pollution, several groups have raised issues such as the repeated fatal mining accidents in Kazakhstan, which have been partly blamed on poor health and safety practices, and plans to build mega-steelmills in India, displacing tribal people from their land in a country where such processes have rarely if ever led to an improvement in the situation of those affected.”
The September 10,  judgement is not only a win for the VEJA, but for environmental justice and governance in South Africa, as it confirms the right of fence-line communities to have access to environmental documents of corporate polluters, so that they can be in a stronger position to protect their constitutional rights to a safe and healthy environment.
Robyn Hugo, Attorney at the CER comments:
“NEMA, other environmental legislation and international law provide that civil society has a critical role to play in environmental governance, including by monitoring pollution and compliance with environmental laws. With this judgement, the court has confirmed that organisations like VEJA are entitled to protect and exercise the right to a healthy environment by seeking information to enable them to assess environmental impacts, and to exercise a watchdog role.”