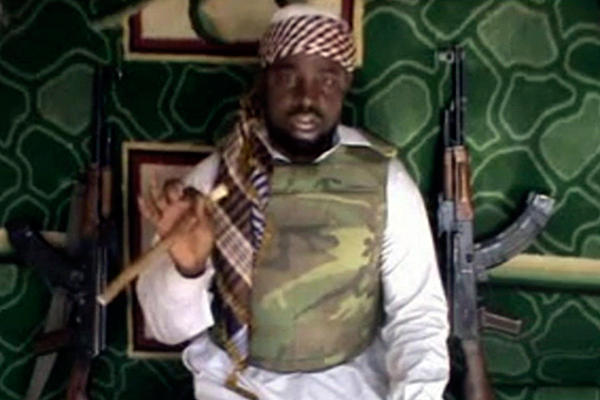 The Joint Task Force, Operation Restore Order, in Maiduguri, Borno State said intelligence report available to it “revealed that Abubakur Shekau, the most dreaded and wanted Boko Haram Terrorists leader may have died”.
The JTF in a statement by its spokesperson, Sagir Musa, on Monday said Mr. Shekau “died of gunshot wound received in an encounter with the JTF troops in one of their camps at Sambisa Forest on 30 June 2013”
Subscribe to our newsletter
According to the statement, “Shekau was mortally wounded in the encounter and was sneaked into Amitchide – a border community in Cameroun for treatment which he never recovered.”
“It is greatly believed that Shekau might have died between 25 July to 3 August, 2013. He was reported to have masterminded the kidnap of the seven French citizens and that of the elder statesman Alhaji (Dr) Shettima Ali Monguno in addition to many murders of Islamic clerics in Northern Nigeria.

“He was also responsible for bombings of many places of worship and public buildings including Police and United Nations Headquarters in Abuja,” the statement said.
It also said the recent video released on 13 August, 20013 by the purported sect leader was “dramatized by an imposter to hoodwink the sect members to continue with the terrorism and to deceive the undiscerning minds”.
“The JTF wishes to appeal to the sect members to lay down their arms and embrace the Federal Government’s offer for dialogue,” the statement added.
Source: Premium Times

Bamanga Tukur: I Will Not Resign As PDP Chairman