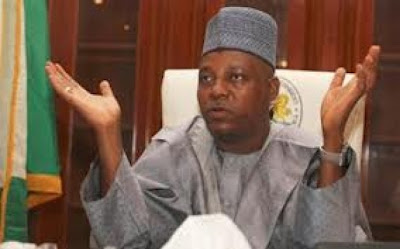 Borno State Governor, Kashim Shettima has reassured that his administration would partner with the 1 GAME campaign to address the challenges of education in Borno State.
Shettima made the pledge when the Project Development Coordinator, 1 GAME campaign, Kunduli Agafi, paid him a visit at Government House, Maiduguri, at the start of the week.
Subscribe to our newsletter
He said his administration would work with any individual or organization that seeks to partner with it in improving education in the state.
Governor Shettima reiterated the determination of his government to ensure that Borno State Children enrol into school as soon as possible, stating: “We are committed to ensuring that every child in the State attends school. We are going to do all we can to make sure of this.”
The Governor, who has always attributed insurgency in the state to poverty and ignorance said the activities of insurgent groups had disrupted socio-economic activities in the state; and called on parents to send their children to school to safeguard their future.
The Governor reiterated that the Borno State Government will start paying parents who enrol their children to acquire Western education, especially in the northern part of the state.
Shettima said this initiative was part of the government’s `Conditional Cash Transfer’ scheme for poor households.

He said that the objective of the scheme was to ensure that parents sent their children to school rather than allow them roam the streets.
On his part, Project Development Coordinator, 1 GAME campaign, Agafi Kunduli said the organization had seen firsthand, the efforts of government in improving education but maintained that a lot still needs to be done in terms of enrolment and was looking forward to an effective collaboration with the Borno State Government.
About 72% of primary age children in Borno State never attended school, an indication that only 1 in 4 Borno children can read and write.
Jude Ochang
Press Affairs Coordinator
1 GAME campaign
www.play1game.org

Crisis In Taraba State Over Suntai