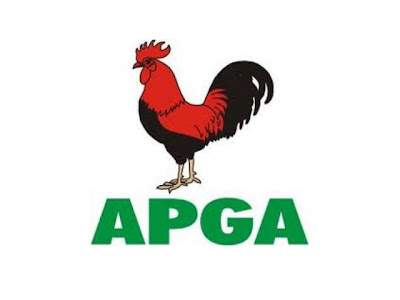 The controversial sack of Soludo as APGA’s potential  flag bearer in Anambra State 2014 elections has been traced to the N600 million naira Governor Peter Obi gave to National Chairman of the party, Sir Victor Umeh, to allow the former determine the party’s  flag bearer. This was contained in a statement released on Wednesday by Igbo Youth Council, an amalgamation of 22 Igbo Youth and students organizations and made available to news men and party chieftains. The statement signed by Sir Mike Ozoemena, KSJ, Barrister Osita Nkanna   and Dr. Clems Adizua asked Chief Victor Umeh, a Sir Knight of the Catholic Church, to swear before the Blessed Sacrament that the facts they stated in their press release are not true. The group is drawing the legitimacy and veracity of its claims by the sacredness of swearing before the Blessed Sacrament and the church . According to them “We Challenge Chief Umeh to swear before the Blessed Sacrament (as Knight of the Catholic Church) and before any priest or Bishop he chooses that the following are not the fact”.
The statements from the group includes “ That Chief Umeh as National Chairman personally went to beg Soludo in his house to join APGA and be the candidate and that Soludo for over a year insisted on “time to think about it”. In the meantime, Soludo and some of his supporters were approached by Chief Umeh and they helped to finance APGA through him”.
The group also alleged that “That Chief Umeh assured Soludo of APGA ticket at a meeting of some eminent Nigerians, including a former Senate President and a former Attorney General of Nigeria on July 23, 2013. Chief Umeh also swore that he would never allow Gov. Obi to nominate his minion as APGA candidate”. Insiders within APGA confirmed that the former Senate President referred to by the group was Ken Nnamani.
They group also averred that “That Chief Umeh and Gov. Obi later had parallel “peace negotiations” (in the presence of eminent clergy men) bordering mostly on the selection of APGA candidate. As a result, Gov. Obi paid Chief Umeh N600 million (which Chief Umeh has confirmed to several persons), and Gov. Obi has told everyone that the payment was in return for Chief Umeh to allow him to nominate the APGA candidate.” They wandered whether “it is true, as some people speculate that Chief Umeh lured Soludo in simply to raise his bargain price with Gov. Obi”?
The group confirmed our earlier reports that ‘President Jonathan (was)  Behind APGA’S Disqualification of Soludo’ by stating that  “ Gov. Obi told Chief Umeh and several other people that “President Goodluck Jonathan does not want Soludo as APGA candidate”. According to them, ” Indeed, the campaign by Gov. Obi and Chief Umeh that “the President does not want Soludo” is known to many stakeholders in Anambra and even outside of Anambra. Many people also know of the persistent and unrelenting blackmail and campaign of calumny mounted by Gov. Obi at the villa designed to perpetuate a fear in the mind of the President and his wife that Soludo had a presidential ambition and therefore might not support President Jonathan in 2015 if he was “allowed” to be Governor of Anambra. In Anambra, Gov. Obi mounted a campaign that “if Soludo is allowed to become Governor, he would behave like Rochas Okorocha in the sense that he would decamp to opposition party to contest for President/Vice-President”. This propaganda became the talking point of his henchmen, in the desperate attempt to blackmail Soludo. Only Gov. Obi knows the real reasons why he would not want Soludo to succeed him”

The group claimed that some persons were present when the theory of Jonathan’s dislike for Soludo was being sold. According to them ”Chief Umeh not only delivered the same message of “the President does not want Soludo” to Soludo himself, he also told several of their mutual friends including two businessmen, a former member of House of Reps; a serving member of House of Reps; an Ambassador; their mutual lawyer and friend; etc and they are still alive. That initially, Chief Umeh even personally requested two of the persons to see if they could intervene with Mr. President: to get him to change his mind”.
Igbo Youth Council also claimed that Umeh called Soludo to inform him that Jonathan does not want him to contest. They stated that  “when there did not seem to be progress in getting President Jonathan to change his mind and Chief Umeh’s “arrangements” with Gov. Obi had taken more concrete form, Chief Umeh called Soludo on Sunday, August 11 and asked him to withdraw from the race on the grounds that the President did not want him; and that Soludo refused to withdraw and insisted that it was more honourable for him to lose at the primary election than to quit simply because of a “directive from above”. The group wondered whether “APGA is still ‘the Igbo party’ or now a unit of PDP/Presidency”?
The group suggested that the disqualification of Soludo was premeditated. According to them, “ even before the screening exercise on August 14th, a decision was already taken that Soludo must be stopped at the screening stage because of the fear that if he was allowed to contest the primary he would  surely win as most APGA members wanted him, thereby “embarrassing the party leadership and putting them in trouble with the Presidency”. This message was delivered by two surrogates of Chief Umeh (including a member of the screening Committee) to Soludo on August 13, 2013 at his house”.
The group claiming  that Victor Umeh decided who was to be disqualified averred that ” Chief Umeh deliberately set up a three man ad-hoc Committee instead of the seven-man ‘Standing Committee’ provided in Article 16d of the APGA Constitution which also states that he should be the chairman of the screening exercise. This was so that he can ‘blame the committee’ which he teleguided. Is it not true that Chief Umeh called to inform one of the aspirants about the ‘favour’ he did to him by not disqualifying him? Was Chief Umeh not the person who personally dictated who should be disqualified or not, even on most flimsy excuses outside of the party guidelines”. They claimed that other candidates were disqualified to give semblance that Soludo was not the only victim.
They are of the view that it is either the President is aware of Soludo’s disqualification or the duo were using his name for negotiations. They said that “Indeed, if President Jonathan denies that he directed that he did not want Soludo, then it must be that both Chief Umeh and Gov Obi invented the insidious campaign so as to allow for easy implementation of their “negotiations and payment”.
Since the group came up with their claims on Wednesday, Gov. Peter Obi and Sir Victor Umeh and other parties involved, all practicing Catholics, are yet to deny the sordid tale before any altar of the Catholic Church, Priest, Bishop or the Revered Sacrament as demanded by the group. It is most likely they will never swear before the revered sacrament for fear of consequences.  Anambra State needs serious deliverance and it is high time all these Archbishops, Bishops and priests being  feted by the party and the state  asks relevant questions on what is happening with their money. The state cannot be blaming Lagos for illegal deportation of Igbos  when a whooping  N600 million naira, meant to develop the state,  is changing hands just for simple disqualification of a candidate.