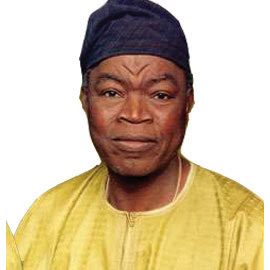 A group under the vanguard of democracy and  protection right in Plateau state has vowed to give total support to the leadership of General John Nanzip Shagaya for the progress of APC in the state.
He disclosed that there’s no crisis rocking APC in the state chapter been speculated by some members.
Spokesman of the group Mr Garba Pankwal who gave this on a telephone interview with our correspondent in Jos .
He said for Jock Alamba to claimed that former Chairman of Action Congress of Nigerian(ACP)  ,James Haruna to be nominated to replace General John Shagaya was conceived out of hatred and tribal conspiracy
Subscribe to our newsletter

Pankwal stressed that the three legal parties that make up the APC had agreed to share the position which CPC brought former Minister of state Hon Dasuki Nakande ,ACN General John Nanzip Shagaya respectively.
We are urging Jock Alamba who is the ex officio  of the Party to stop fueling the crises and pretending that there was  a meeting recently held at the Party secretariat ,the had never had any meeting since three weeks ago .
However,each of the Parties according to the agreement are to present three other nominees that would make the committee that  ACN presented General Shagaya,he said.
We wish to make it clear that the the party state officials agreed with the agreement