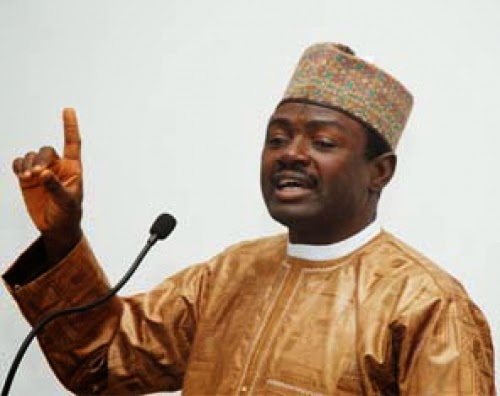 With foul play surrounding the death of two people in Nasarawa state during the state-wide protest embarked by pro Al-Makura over an alleged gross misconduct and other related offences a report that was denied by the state commissioner of police, The minister of Information, Labaran Maku has confirmed the death of two supporters of the opposition political party in the state, The PDP in Tudun Gwandara in Lafia.
Subscribe to our newsletter
He unfolded that the two PDP supporters were killed by people identified to be APC members in the state, “APC is associated with violence because there was series of intimidation which are even bloody.
He listed some of the attacks meted on PDP devotees to include the attack on the junior brother to a lawmaker where his vehicle was charbroiled.
He in addition stated that the PDP chairman of Nasarawa Eggon Local Government was matcheted by people identified to be APC members in Lafia”.
The minister stated this at the Nasarawa state House of Assembly complex today when conglomeration of PDP followers turn out in large number to support the effort of the lawmakers to impeach the state Governor who was accused of diverting billions of naira in the last three years.
The large number of PDP supporters escorted the twenty PDP lawmakers who were on wanted list of the ruling APC, The revelation of the minister was in conflict with the policy statement of the state commissioner of police, Idris Ibrahim who denied death of any civilian  during last month protest.
Labaran Maku disclosed that the All Progressives Congress after killing two PDP supporters went ahead and destroyed their houses at Tudun Gwandara, He said the victims were killed by hired thugs and Houses set ablaze because their Houses has PDP log,all in the name of politics, ”enough of this intimidation by APC thugs, Because if they desist not we are going to unleash the dragon  on them”.

“We are aware that the APC hired mercenaries to the state to foment trouble, If you are doubting me go to all the APC controlled states and witness bloodshed, Everybody is aware of the happenings in the Nasarawa state since the coming of the APC, This a sound warning to the APC because the PDP remain the winning party in the state”.
The people’s Democratic Party has the largest followership  in Nasarawa state going by the outcome of the Local Government election, If the APC desist not I tell you if we blow our whistle today nobody  will move in Lafia, He scare the ruling party.
Violence is synonymous to the All Progressives Congress, The minister averred that all the conflict going on in the country was an APC affair to cause resentment and disunity, He further said the ongoing crisis is not enough to divide the country.
“Conflict is synonymous to APC that is why all the APC control states were plunged into chaos since 2011 there is no peace in Nasarawa state inclusive of other APC states of Yobe, Borno, Kano, Zamfara among others.
Other PDP stakeholders from Nasarawa state that are present are serving senator under the APC before he change tent to the PDP, Solomon Ewuga, Senator John Danboyi, Micheal Abdul, ex-Deputy Governor, Yusuf Ayitogo.
Other creme de la creme of the PDP are former SSG and the ousted Governor,Aliyu Akwe Doma, Former Governorship aspirant, Barrister Musa Hussaini including some elected Local Government chairmen  march in march alongside teeming supporters supporting the impeachment plot.

2015: Delta Elders Rally Support For Olejeme; Say She Is A Symbol Of Change