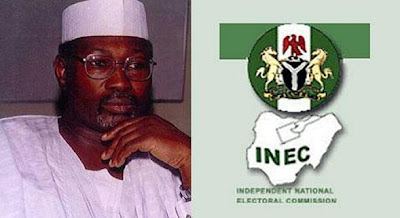 The conference of the Nigerian Political Parties, CNPP today said the Independent National Electoral Commission, INEC, Professor Atahiru Jega must resign over for ham-fisting  the Anambra State Governorship election.
CNPP in a statement signed by its  spokesman, Osita Okechukwu, said they were making this call on the fact that substantial and incontrovertible evidences emerging show that the election was marred by gross irregularities.
Subscribe to our newsletter
According to the statement, CNPP said it has uncovered massive fraud in the votes allocated to candidates after the inconclusive November 16 governorship polls in the State, which gave the All Progressives Grand Alliance (APGA) candidate, Willy Obiano underserved lead.
The statement read thus; “For the avoidance doubt outside the mangling of the Voters Register, the deliberate delay in arrival of voting materials in the stronghold of the All Progressives Congress {APC}, Peoples Democratic Party {PDP} and Labour Party {LP} constituencies and withholding of Result Sheets, is the bizarre allocation of 96,569 votes which gave APGA candidate the undeserved lead.
“Where on earth did INEC manufacture the 96,569 votes from? INEC posted the Anambra State Governorship Result as follows:-Total Votes Cast – 429,549; Cancelled Votes – 113,113; leaving a differential of 316,436

“The amazing results tallied 399,406 as the total number of valid votes allocated to the four major candidates during the election. However, bearing in mind that INEC said 429,529 people voted, out of which 113,113 were nullified, that means only 316,436 legitimate votes were recorded.
“The implication is that the number of votes allocated to the four major candidates by INEC is higher than the total number of valid votes cast during the election. This does not even take into consideration the votes garnered by the remaining 18 candidates in the contest.
“Total Votes Allocated to Candidates is 413,005. When you subtract 316, 436 from 413,005, you get 96,569. It is our contention that the total votes scored by APGA candidate was inflated from 78,141 to 174,710 votes, being the preferred candidate whose double registration still vibrates inspite of INEC swiping it under carpet” CNPP asserted.
The statement noted that it was trite law that if a principal willfully upholds or adopts the shady actions of servants or agents, as in this instance, where Professor Jega still upholds the flawed result in spite of substantial and incontrovertible evidences, they (CNPP) would call for his resignation.