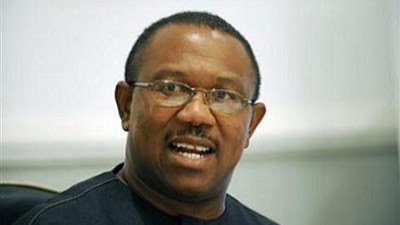 The fourteen aspirants include, a former Governor of Central Bank of Nigeria (CBN), Prof. Chukwuma Soludo, a former Minister of Transport, Prince John Emeka, a former Secretary to the State Government (SSG), Chief Paul Odenigbo, the current Secretary to the sate government; Oseloka Henry Obaze; two members of the House of Representatives, Hons. Uche Ekwunife and Emeka Nwogbo; Chike Obidigbo; John Chuma Nwosu.
Others are Patrick Obianwu; Nnamdi Ekweogwu; Emmanuel Nweke; Chinedu Francis Idigo; Ogbuefi Tony Nnacheta; and a former Executive Director of Fidelity Bank, Mr. Willy Obiano.
The six aspirants who have obtained the N10 million nomination form are Odenigbo, Ekwunife, Obidigbo, Nwosu, Obianwu and Obiano.
However, there are strong indications that Mr. Willy Obiano who was dragged into the race on Wednesday last week is the ‘chosen one’. Obiano reportedly resigned from the bank last year.
According to an unnamed source, “APGA leaders are not happy that the governor is planning to impose Obiano, who is from Fidelity Bank, from where the governor came to lead the state. We have always known since last year that the governor might anoint his successor but he has been wasting our time by asking Olu Na Adagbe, and the Technical Committee to advise him. We have kept on pestering the governor on the direction to go but he said everybody should go to the field. Now, he has dragged Obiano from nowhere.”
This has generated tension following the preference of Governor Peter Obi for a technocrat to succeed him to be able to consolidate on his achievements.
Reportedly, most APGA members in the state however prefer a political candidate to a technocrat. The aggrieved APGA members in Anambra have vowed to resist plot to impose Obiano.
“In fact, if he is looking for a technocrat, why can’t he consider Soludo, who has a deep knowledge of politics and the economy?” a source asked.
Pointing out the existence of a zoning arrangement, another party source said, “It is true that APGA has reached a consensus to pick its governorship candidate from Anambra North but no one is zeroing in on Obiano from Aguleri.”
He added that: “If APGA leadership is arm-twisted and a governorship candidate is imposed by the governor, there will be mass defection from the party to either PDP or APC. Obi might be the last APGA governor in Anambra State. Does it mean that all those who have worked for him for eight years, including Secretaries to the State Government, are unqualified to govern the state?”
Source: The Scoop