Al-Makura: A Governor’s Many Sins 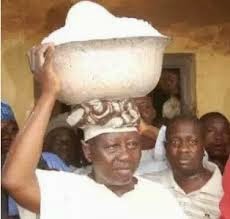 Upon assumption of office, after his victory in 2011, Nasarawa people were all with ecstasy hoping a messiah has arrived; but as it stands there is every tendency that the governor is not doing to the bidding of the people that elected him. However a lot issues and sins of the governor has been heaped by the people which they think he may not get a second term in office.

Why Regime Change In Adamawa State Is Necessary By Umar Ardo, Ph.D