Adamawa: Purchase Of Prado Jeeps Versus Governance By Blackmail 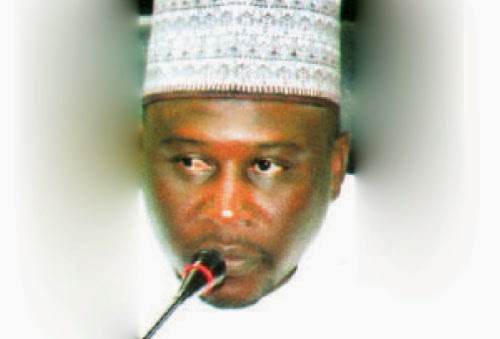 The futile attempt by one of the Local Government Chairmen in Adamawa State, the Chairman of Maiha Local Government Ustaz Jibrilla Mohammed to defend an indefendable illegal action is indeed laughable. He tried spiritedly to link Governor Murtala Nyako with the Jeeps the present Government bought for the Local Government Chairmen in the State. His efforts proved beyond all reasonable doubts that the current leadership in Adamawa State has no respect for democratic norms, constitutionalism or the Rule of Law.
Subscribe to our newsletter
The truth of the matter is that the Association of Local Government Chairmen ALGON had definitely sent a request for such brand of cars to Governor Nyako which was referred to the Ministry of Local Government Affairs. The matter was discussed at the Joint Account Meeting, but the then Hon. Commissioner, Dr. Salihu Bakari being an Academic insisted that he needed a legal interpretation of how the request will affect the entitlements of the Chairmen as outlined by the National Salaries and Wages Commission, the Revenue Mobilization and Allocation Commission and the functions of Local Government Legislative Councils. In the end, it was ascertained that the cost of the Jeeps were higher than their legitimate entitlements and that expenditures of that nature are to be approved by their Legislative Councils under the operational guidelines.
Consequently the matter was dropped. However, under the current dispensation, cashing on the prevailing confusion within the system, and the desperation of the current leadership to curry support and favour of the Chairmen, the matter was hurriedly raised and treated with despatch. This was done in the last week of July, at an inflated cost of over N17 Million apiece with the first tranche paid at the end of July, and the second for end of August.
We challenge the supposed spokesperson of the Chairmen to come up with documentary evidence of payment with dates and amounts paid to prove his allegations. We also challenge them to provide evidence that contradicts the earlier statement made to a National Newspaper on the matter by an agent of the present government which is at total variance with the statement made by the so called spokesperson.

We advise that they should stop their practice of governance by blackmail and face the task ahead in the interest of the people of the state.
Ahmad I. Sajoh, mnipr
Director, Press and Publicity
Murtala H. Nyako Press Office

I’m A ‘Herdsman’ — All Herdsmen Are Not Bandits

MY CASE AGAINST PRESIDENT BUHARI FOR UNFAIR TREATMENT

Why COVID-19 Spares The Poor