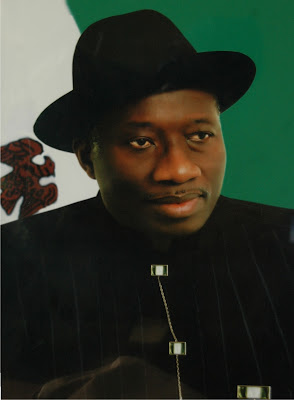 President Goodluck Jonathan yesterday, admitted that he was under pressure to seek a second term in office, saying, over 1665 campaign groups have volunteered to work for his re-election in 2015.
The president however said the pressure notwithstanding, he would have to wait until 2014 before making his decision known to Nigerians.
Subscribe to our newsletter
The president’s presumed second term bid has been the thrust of the festering crisis in the ruling People’s Democratic Party (PDP).
He has also consistently reminded Nigerians that talks about 2015 elections were distractive and would not comment on such.
But the leadership of the opposition All Progressives Congress, APC, has restated its determination to wrest political power from the PDP.
There will be a change of guard in 2015, the party said yesterday. Besides, the APC said it was putting all efforts to ensure that rigging was stopped at all cost even as the party raised the alarm that its members were being deregistered in Anambra state ahead of the November 16 governorship election.
Regardless, President Jonathan who spoke through his special adviser on political matters, Ali Ahmed Gulak said, even Nigerians abroad are “burning in unquenchable desire to return to the country and cast their votes for the ruling PDP come 2015”.
Speaking yesterday in Abuja at a meeting of the Elders’ Advisory Council of the Goodluck Support Group (GSG), Gulak said, despite the pressure on his boss, Nigerians would still have to wait until next year for the president to decide, even as he maintained that Jonathan’s only concern for now was on fixing the nation’s economy.

He said: “Since our last meeting, we have received various support groups being coordinated by the GSG. We have, as of today, 1665. The last to visit was the Ochendo Solidarity Movement from Abia State.
About 150 (groups) of them came to this office. We discussed. They have called on Mr. President to declare his intention. They said that they were not flattering.
“The President had told the whole nation that his intention would only be known in 2014, as he would use all these years to work for Nigeria and work for Nigeria and work for Nigeria”, he added, noting that Nigerians in the Diaspora had been enthusiastic about the organisation when it launched its US branch.
“They told us that they would not only stick to vote, but they would mobilize themselves to come back and register and also ask their relatives to vote for PDP.
“There is no alternative to President Jonathan come 2015, based on GSG interactions with different political, cultural and religious associations,’’ he said.
The Chairman, Council of Elders of the GSG, Sen. Ibrahim Mantu, said many politicians in the country want to be identified with the good works of President Jonathan.
He said “many Nigerians are indeed happy with what is happening at the moment, everybody want to be part of the success story of the current administration,’’ Mantu said.
Source: Leadership