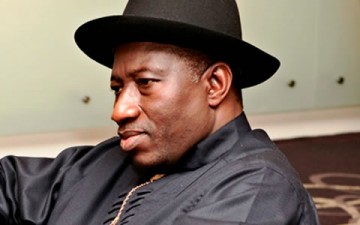 The Coalition Against Corrupt Leaders (CACOL) has demanded President Goodluck Jonathan to give account of how his administration spent over N1tn to prosecute war against terrorism in the country.
This came on the heels of the request made by the President, asking for the National Assembly’s approval for a $1bn loan to aid the war against insurgency in the North-Eastern part of the country.
Subscribe to our newsletter
President Goodluck Jonathan  had on Wednesday forwarded a letter to the National Assembly, asking the lawmakers to urgently approve the external loan to confront the Boko Haram insurgency.
Speaking on behalf of the Coalition, its Executive Chairman, Mr. Debo Adeniran stated that for terrorism war to be won, the Federal Government may not be prevented from taking the loan, but it must be made to give account of N1tn it spent on the war so far.
He said, “Terrorism is a veritable excuse for any government to claim that it spends so much money. Already, more than N1trn has been officially expended in prosecuting issue of terrorism in the country and up till now, the over N1tn has not shown any desirable result, rather the insurgency seems to be gaining upper hand just like the former Minister of Defence, Gen Theophillus Danjuma said and that is not encouraging.
Basically,we will not ask them not to take the loan so that they will not say that public opinion dissuaded them from taking the loan and that is why they could not curb the insurgency. What Nigerians are asking for, is the accountability of over N1tn expended on the war; what we demand is that anyone who takes loan must be ready to account for it either during the period he is in office or after. Whatever they spend the loan on must be proportionate to the amount that is expended on it.

The way to prove that the money is judiciously administered is to satisfy the indices of prudence in expenditure by bringing the insurgency under perpetual check; by rebuilding the destruction that took place during the period and rehabilitating victims of the war without a front.
More so, the loan is soft one that could be paid over a long period of time, hence we won’t  insist but what the FG should realise is that if they don’t spent the money judiciously, it will only encourage other insurgents or militants to wage war against the country knowing well that they would have messed themselves up at all sources they could get financial assistance.
The FG should assuage our fear by setting up a private Security Trust that will manage and monitor the administration of the loan to ensure frugality and prudence. The Trust should comprise professional bodies like Nigerian Bar Association NBA, Nigerian Medical Association NMA, Accountants, credible Civil Society Organisations CSOs, the Military as well as the Ministry of Finance to be sure that every kobo is judiciously spent and trail is left to give room for audit.”
Abimbola Adegoke
Media Officer, CACOL
18 July, 2014

I Have No Power To Annoint My Successor Says Gov Orji