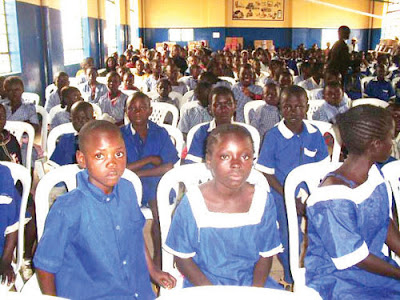 The 1 GAME Campaign’s projects committee is meeting to plot a new path for school children in Nigeria’s North-Eastern states, its Project Development Coordinator Agafi Kunduli has said.
Kunduli said on Sunday that the two-day meeting in Abuja would focus on rebuilding the fractured educational system in the North-East at primary level.
Subscribe to our newsletter
“For many years education in the North-East has suffered greatly. Facilities are poor mostly in rural schools, there’s the issue of low teacher’s capacity in many areas, and non-school enrolment is highest among states in the region,” Kunduli said.
He said North-East Governors need to prioritize education in their respective states.
“North-East Governors need to make basic education a top priority in their individual states. Some states haven’t fully benefited from the UBE Scheme because they are yet to contribute their matching grants. It’s a clear sign that the educational sector is not well funded.”

Last month, the 1 GAME Campaign began moves to partner with State Governments in the North-East region on ways to improve school enrolment in their respective states with meetings with education heads in Borno and Gombe States proving to be a success following increase in school attendance since the start of September.
Non-school enrolment is the biggest issue the 1 GAME Campaign is tackling in North-Eastern Nigeria. A recent survey shows that only 49% of school age boys and 37% of girls of the same age attend school in the region.
Jude Ochang
Press Affairs Coordinator
1 GAME Campaign
www.play1game.org